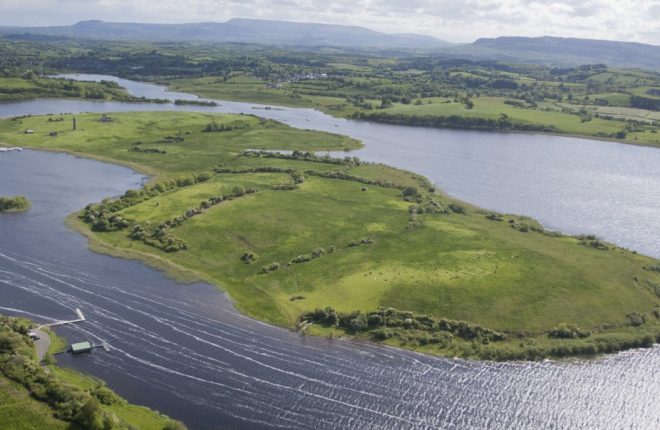 LUNA McKinney, the mother-of-two who drowned while holidaying with her family in Fermanagh, has been laid to rest in a private family service.
Mrs McKinney was boating on Lough Erne with her husband, Strabane man Stephen McKinney, and their 13-year-old son and 11-year-daughter when she fell into the water in the early hours of last Thursday morning.
The 35-year-old, who had been living in Convoy, Co Donegal, had gone to check that the boat she and her husband had rented was safely secured to the jetty at Devenish Island when she slipped and fell into the lough.
Mr McKinney frantically tried to locate his wife in the dark waters before alerting emergency services.
Despite the best efforts of volunteers from the RNLI to resuscitate her, Mrs McKinney was pronounced dead a short time later at the South West Acute Hospital in Enniskillen.
The victim was originally from China and it is understood visas were fast tracked to allow her family to fly into Ireland.
Sinn Féin councillor for the Convoy area, Liam Doherty, was instrumental in helping Mrs McKinney’s family secure the necessary documentation. He said the village was stunned by what happened.
“The McKinney family is well respected here in Convoy. Luna herself was well known through the village. The local people here and the shop owners are just really in shock.
“The family has had to make this long journey over from China for their daughter’s funeral. It’s not easy for them,” Cllr Doherty said.
Quigley’s Funeral Directors in Strabane confirmed to the Donegal News yesterday that family members held a private service for Mrs McKinney earlier this week. No further details have been released.
Since last week’s tragedy it has emerged that in 2016, a total of 90 people had to be rescued from Lough Erne, the highest number in the past five years.
Following the latest tragedy, the RNLI has issued advice to anyone considering a boating holiday this summer.
Neil Ireland of the RNLI said, “My number one tip is wear a life jacket.
“Number two would probably be to closely supervise your children. Three would be to keep your speed down.
“And finally, for private owners, this wouldn’t apply to professional renters, service your vehicle. The number of mechanical breakdowns that take place because people haven’t serviced and checked their vehicle.
“When you break down, throw your anchor out. Call for help and sit there and you’ll be safe,” Mr Ireland added.