It could be argued that little Anna Wilson, daughter of Stephen and Claire, Enniskillen, could be Ireland’s number one fan.  To rally support for the boys in green she recorded a video singing a passionate rendition of Ireland’s Call.

Anna’s big brother Charlie is a big rugby fan too, playing for Enniskillen minis under 8’s.  He is looking forward to Ulster’s Paddy Jackson and Craig Gilroy carrying on their form. He’s also a big fan of CJ Stander who he met in Enniskillen last year. 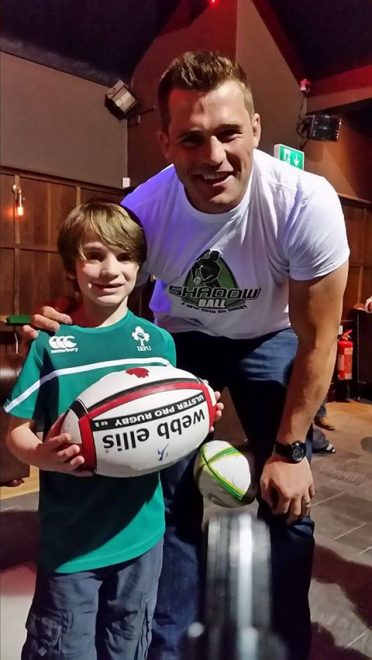 Anna will be watching the rest of the six Nations with her parents Stephen and Claire and her siblings, Charlie (8) and Orla (16). She hopes Ireland can beat France at the Aviva, Wales away and then win the championship by beating England on March 18th.