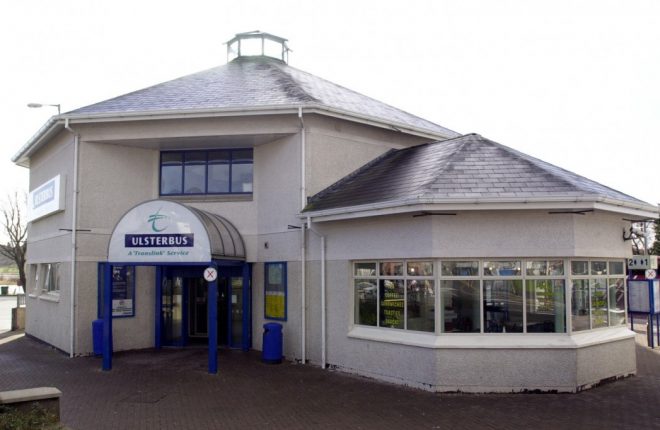 One reader was disgusted at the state of Enniskillen Bus Station, taking photos to prove the point

THIS is the scene that greeted locals and visitors travelling to Enniskillen by bus this week. Dirty toilets, overflowing litter bins, discarded cigarette butts and rubbish strewn across the floor were there for all to see at teatime on Monday.
These exclusive pictures were taken by a Fermanagh Herald reader who uses the bus station every day to travel to work. The Brookeborough woman took these photographs of what she called “the appalling and disgusting scenes” she witnessed at Enniskillen Bus Station as she made her way home at around 5.45pm on Monday evening. 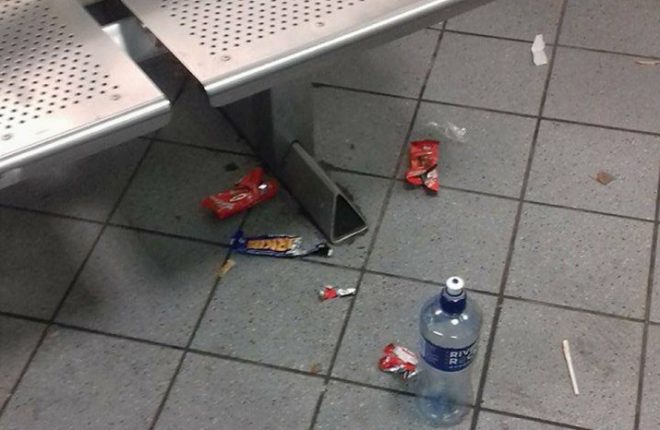 Rubbish was strewn across the floor for all to see at teatime on Monday.

Speaking to the Herald, the woman, who wishes to remain anonymous, said it’s not the first time she has had to step over litter left behind by others on her daily commute: “As a regular user of public transport, I’ve seen it bad before but never to the extent that it was on Monday evening. It was a really disgusting sight and a lot of other people who were in the depot at the time said it was an absolute disgrace.
“To be honest most evenings it is like this but it’s at the stage where enough is enough. As a tourism county, anyone coming to Enniskillen by bus to be greeted by this sight is not going to be impressed,” she said.
It is understood that no full-time cleaner has been employed at the depot on Wellington Road for over a year. In that time, the task of tidying up has been left to bus drivers, who have been expected to do a sweep of the building once they come off their shifts to try and keep it reasonably clean. 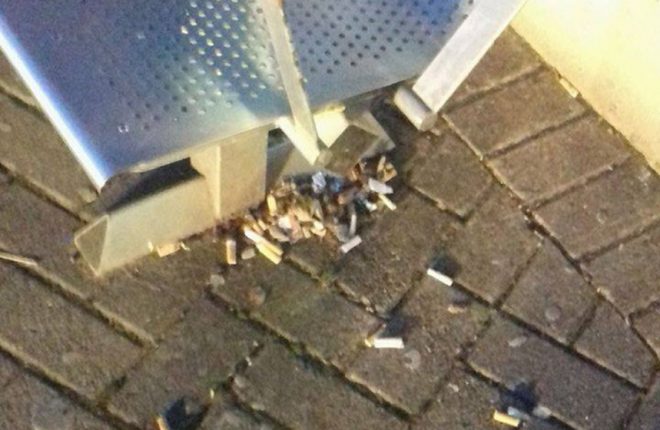 Advertisement
In a statement to this newspaper, a spokesman for Translink apologised to customers for failing to keep the bus station up to standard and said they were working to employ a cleaner.
“We strive to provide the highest standards at all times. We are in the process of recruiting additional cleaning staff for Enniskillen bus station, which recently had not been up to our usual high standard. We apologise to our customers for this,” a company spokesman said.