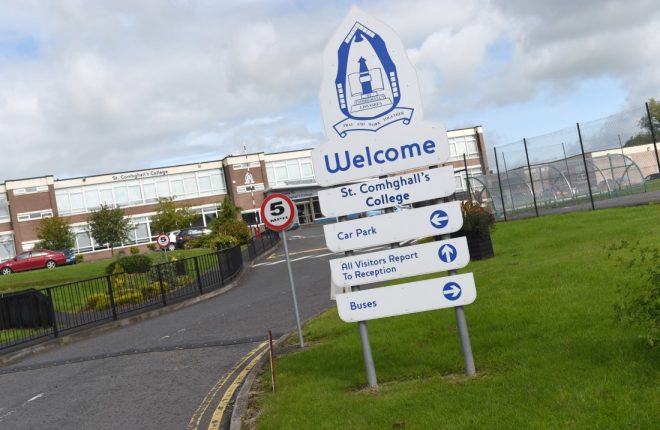 As St Comhghall’s College, Lisnaskea, and St Eugene’s College, Roslea, prepare for the amalgamation of their two schools, a ceremony will be held later today (Friday) to unveil the new school’s fine details.
The name, uniform, crest and motto of the amalgamated secondary school, will all be revealed at a ceremony at 12 noon at the St Comhghall’s Lisnaskea site.
The two secondary schools will merge together at the start of the school year, following a decision by former Education Minister John O’Dowd. The decision to merge the two schools was made due to ‘on going sustainability issues being experienced by the schools.’
The new school will be established at the Lisnaskea site, with the Roslea site closing.
First Minister Arlene Foster, Chief Inspector of Education and Training Inspectorate Noelle Buick, Jim Clarke of CCMS and Monsignor McGuinness will be in attendance at the event. Students will perform and supply entertainment for those at the event, while Mrs Foster, and Monsignor McGuinness will reveal the new uniform and school name.  The decision on the school name will be made by the senior trustee of the CCMS, Monsignor McGuinness.
“Everything to do with the new school will be unveiled at ceremony. It is an exciting time for us all,” said Principal of St Comhghall’s, Gary Kelly.
Advertisement 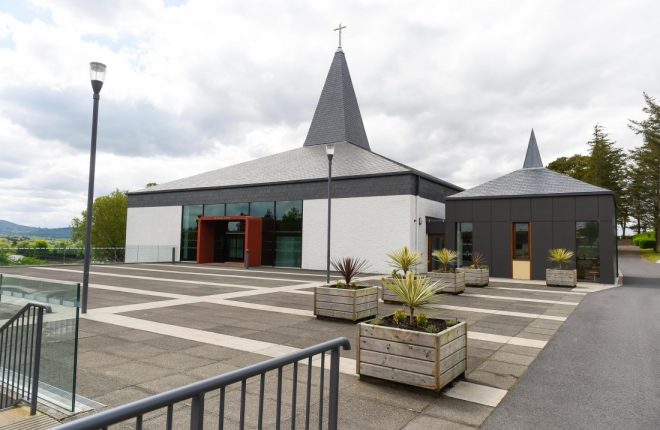 Number of Masses to be reduced as parishes ‘double up’

THE Number of Masses across Clogher diocese is to be reduced by around 15 per cent with some...