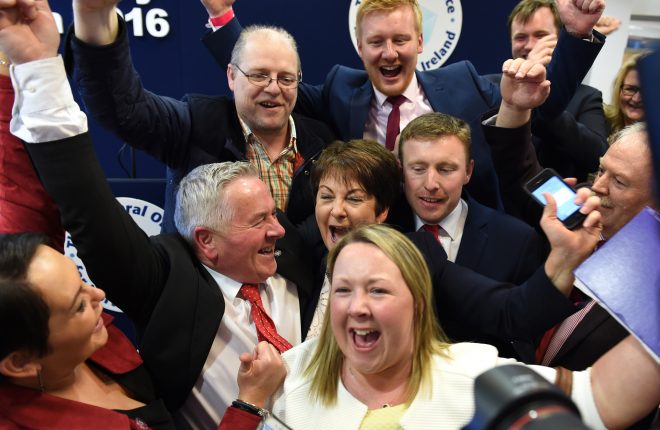 In the Assembly elections last May, then Cllr Richie McPhillips reclaimed the seat for the SDLP held by Tommy Gallagher before the 2011 election MC22

THE electorate is “sick to the teeth” with the current goings on at Stormont and any upcoming election is likely to see a record low turnout, according to SDLP MLA Richie McPhillips.
Mr McPhillips, who was elected to the Assembly for the first time in last May’s election, said the possible upcoming elections would not solve the ongoing political crisis at Stormont.
“It still doesn’t address the problem,” he said. “As we are, there will be no inquiry into the RHI. So where are we now? All elections will achieve is an extra £3 million in expenses for the tax payers of the North.”
In fact, Mr McPhillips suggested, if anything, fresh elections could be bad for local democracy, with one less MLA seat now available in each constituency.
“What is going to change? Every party will lose seats, but the opposition parties, who were the ones who brought this to a head, will take the biggest hits. There will be less opposition after  elections.”
Mr McPhillips said he was confident he would be re-elected: “I’m a great believer in letting the people speak. “I have been very active on a lot of issues. I’ve been up front and out front, and I am confident people will see that.”
He added: “I’d be more worried about whether people go out and vote at all. People are sick to the teeth with what has been happening. They are voting with their feet and not going out to vote at all.
“Even for the last few weeks, I’ve been sensing an attitude that people are thinking ‘a plague on both your houses.’ We have all been suffering due to the inactivity of the Government.”
With regard the RHI scheme, Mr McPhillips said there was the outgoing Arlene Foster had a lot to answer for.
“It has been a bad scheme all round and the First Minister had her hands all over it,” he said. We are where we are because of her, and her mishandling of this and of the economy.”