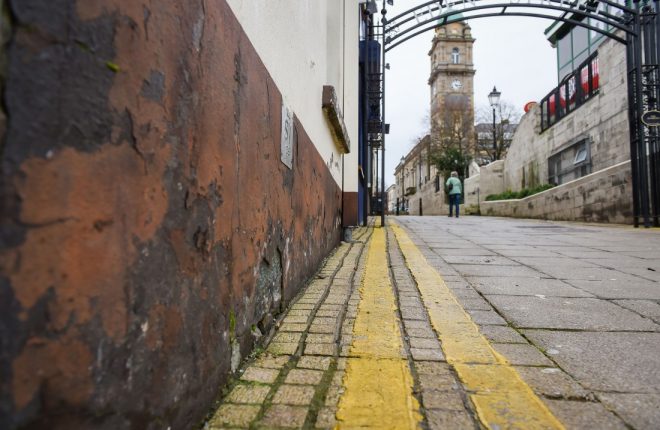 Enniskillen has recently received the news that the town will undergo a transformation, due to a £5.2 million investment.
The public realm scheme will include works to the pavements, landscaping, street lighting and furniture to further enhance the town centre.
The work will take around three years to complete, and while the results will be highly positive and beneficial, the period of time while the work takes place may cause disruption for residents and businesses in Enniskillen town centre.
Previous public realm schemes have resulted in much upheaval in towns like Bangor and Dungannon as pavements have been ripped out, traffic diverted and access to street restricted due to ongoing works.
Maurice Morrow MLA in Dungannon, says that Enniskillen will experience disruption but locals just have to hope it will be worth it.
“There was a scheme in Dungannon and it did disrupt the town. The town centre scheme went on for most of a year and traffic, businesses and pedestrians were all impacted. It had a negative impact, but before the scheme took off there was a lot of consultation, so everyone knew what was coming.”
“Those doing the work did attempt to minimise it, but there was disruption. You just have to hope that by the end of the work, it will be worth it.
“The traders will have a tough time during construction but the contractors will seek to minimise it but there will be hold-ups. It will be difficult to access the town but hopefully that will be kept to a minimum,” added Maurice Morrow.
The plans for the public realm scheme in Enniskillen will not begin until the design team are appointed in late summer 2017. The design team will then lead the consultation on the design of and planning for the public realm scheme which will take approximately 12 months. Once this is complete the work will begin.
On the issue of disruption, a spokesman for Fermanagh and Omagh District Council said
“The Council will be appointing an Integrated Consultancy Team (ICT) to progress the consultation and design for the Enniskillen Public Realm scheme.  Part of this work will be ensuring that the contractor works are planned to reduce disruption and to allow the town to operate as normally as possible. All plans and works will be fully consulted upon.”