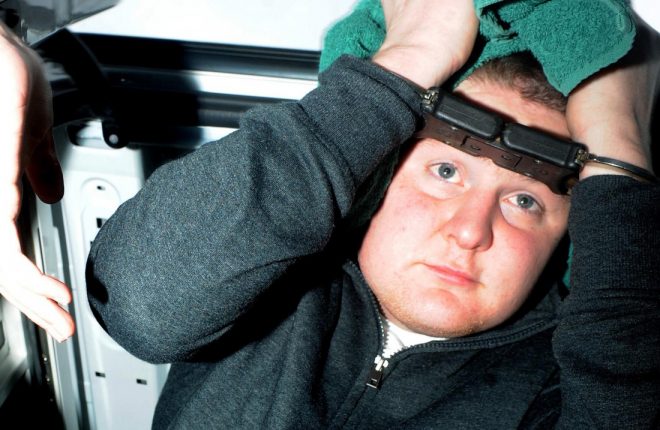 THE father and son who are charged with murdering a relative at a family wedding in Fermanagh last year had have their bail conditions changed after one was allegedly stabbed while going to sign on at Enniskillen Police Station last week.

Defence barrister Seamus Leonard explained the pair had been going to sign bail on Wednesday last week when one of them was targeted by men he claimed were members of the deceased  man’s family. He said the defendant received stab wounds to his hand, but these were not serious, and added McGinley believed he may have been followed.

While Mr Leonard did not state in court which of the men was injured, William McGinley appeared in court with a bandage on his hand.

Two people were arrested in connection with the alleged incident, and have been released on police bail.

Mr Leonard applied to have the bail singing conditions for both men reduced from three days a week to one. The father and son had initially been required to sign on twice a week, and this was later increased to daily, before being reduced to three days per week this summer.

The pair are yet to find out whether there is enough evidence for them to face trial, following a series of lengthy delays in the case. This included  a large number of witnesses to be interviewed, and a long wait for a firearm seized in the South to be handed over to the PSNI by An Garda Siochana.

On Monday, the court heard there had been an even further delay in the forensic investigation in the case. While the weapon was given to PSNI for testing some time ago, and a test fire has now been carried out on the device, it cannot be determined whether cartridges found at the scene of the murder match the weapon due to a broken microscope at the PSNI forensics lab.

A spokesman for the Public Prosecution Service (PPS) said once the forensic report was received, the file could progress quickly.

When asked how long it would be before the microscope could be repaired, meaning the cartridges could be tested and the forensic report could be completed, a PSNI officer said it was hoped this could be done before Christmas but could not confirm this with certainty.

Objecting to the McGinley’s bail conditions being lessened, the officer said the men were a flight risk as they had “a big connection outside the jurisdiction” and were not from the Fermanagh area.

However, Mr Leonard said they had both been on bail now for a year-and-two-months without a any breaches of their conditions, had surrendered their passport, and had a surety of £50,000 each.

The barrister added if the men had wished to abscond, they could have done so by now.

District Judge Nigel Broderick both men faced “the most serious charges one can face”, however they each had a substantial surety and had not breached their conditions. He granted the application to allow them to sign on for bail once a week, without specifying a day or time.

The case was adjourned until December 19, for review. The defendants are not required to attend.