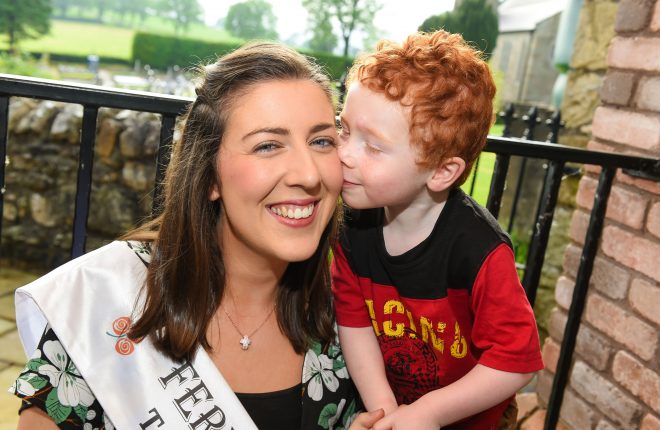 Fermanagh Rose, Mairead McHugh, gets a kiss from her nephew Darragh Connolly RMG54

FERMANAGH Rose, Mairead McHugh is back in Fermanagh after the “experience of a lifetime.” The Kinawley native proudly represented the Erne County in Kerry at the Rose of Tralee International Festival.
Speech and language therapist, Mairead was one of 65 ladies in the running for the crown which was claimed by the Chicago Rose, Maggie McEldowney. Mairead joined Daithi O Se on stage on the Thursday night of the Festival for her untelevised interview.
One of the talking points of the festival, was the process of telling the Roses who did not make the live shows. The process has been publicly condemned by some of the other 2016 Roses.
Mairead was among the 33 Roses who did not make it through to the final section of the festival but the Fermanagh Rose insists it did not ruin her time at the competition.
“Honestly, I think that it would have been difficult to tell us, no matter how the news was delivered to us. They have apologised for the way they told us, and I have accepted the apology. It definitely did not ruin our experience. The 33 roses who did not make it on TV were treated the same way as the finalists. At the end of the day, it was 130 people making new friends and loads of new memories.”
“This year’s Rose of Tralee was a testament to the educated girls of Ireland. These girls are all charitable and very proud of their Irish culture so it is fully a celebration of being Irish. And to be honest, they all were really lovely girls.”
Mairead was joined in Tralee by Fermanagh’s John Slowey and Mark McGovern. John Slowey was named Escort of the year for his efforts throughout the Festival.
“John was brilliant throughout and he fully deserved to win. He will be a brilliant ambassador for the Rose of Tralee. It was nice to have the two lads there throughout the whole thing.” added Mairead.
As Mairead is back to work and her trip to the Rose of Tralee International Festival is a distant memory, the Kinawley native will still remain a firm representative for Fermanagh.
“I will continue to support Stroke Association NI, and I will attend any fundraising events that they want me too, and still help out when I can. Then the search for the 2017 Fermanagh Rose will begin and I would fully recommend it to anyone who meets the criteria to take part.” 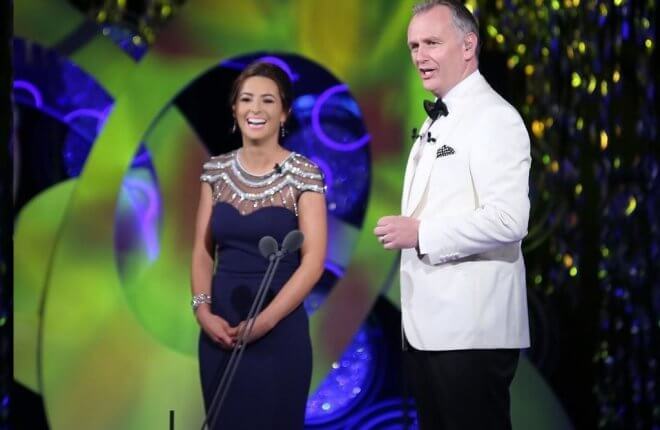 Fermanagh Rose is a big hit in Tralee!

NO matter what the result is – Fermanagh Rose Stephanie Maguire has done the county proud!  The Marlbank woman... 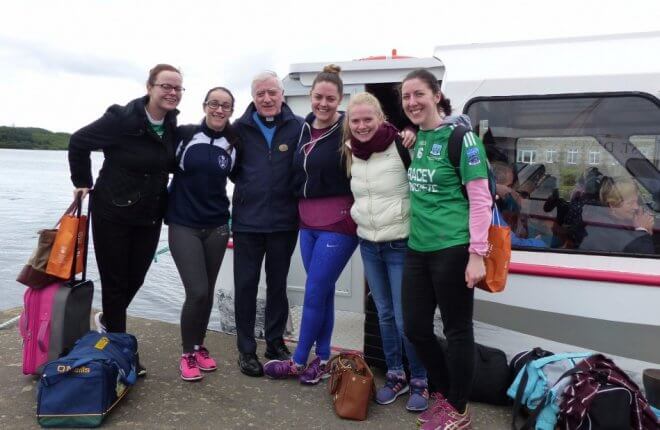 Rigours of Lough Derg for the Roses of Tralee 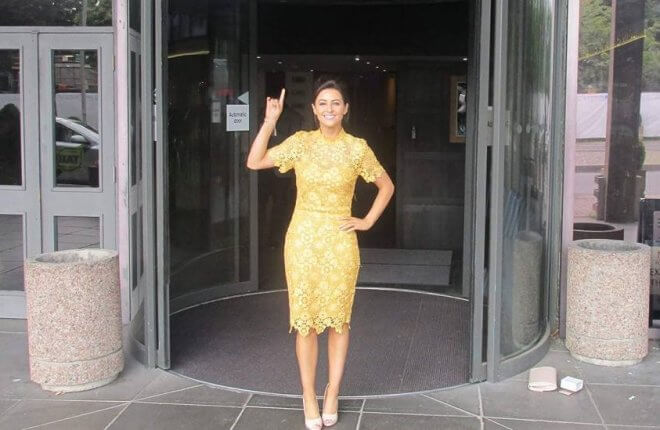 No rest for the Fermanagh Rose on road to Tralee!