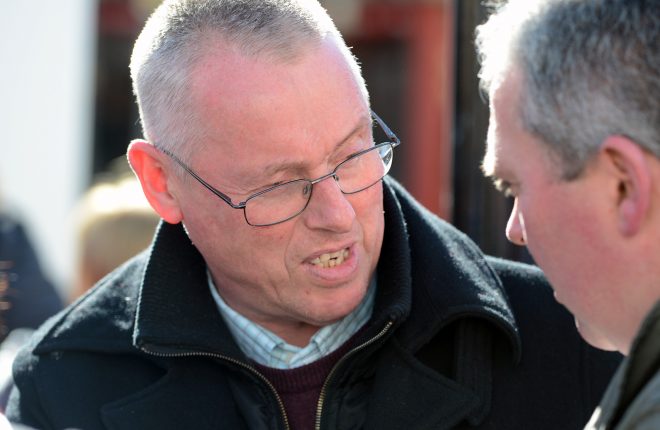 Sinn Fein MLA Sean Lynch says his party will be campaigning vigorously in the coming days to encourage people to vote for the UK to stay in the EU. ‘Put Ireland First and Vote Remain in the EU’, he says.
The local MLA has said a vote to leave would have huge implications for the entire island of Ireland and he believes it would be against the democratic wishes of the Irish people.
He told the Herald: “Brexit would be bad for Ireland, bad for business and trade, bad for our farmers, bad for human rights and bad for worker’s rights.”  Mr Lynch says a vote to leave will effectively turn back the clock by returning physical borders to Ireland.
“Here in Fermanagh we would feel that more than most. We have worked to remove borders, both physical in terms of checkpoints at border crossings, as well as other barriers to trade across the island. No one wants to return to the days of border patrols and long delays at border crossings.”
The Lisnaskea man says EU support the North has received has allowed agriculture, businesses, community groups and education to grow and expand. “More than 22,000 groups and projects have benefited from more than £1bn from PEACE funding projects since 1995.
“Our EU membership has also guaranteed protection for worker’s rights and entitlements, as well as safeguarding human rights, including those who are seeking truth and justice as a result of the conflict.
“In the last Assembly mandate, the Executive attracted more than 40,000 jobs to the North through Foreign Direct Investment on the basis that we are a gateway to Europe.
“It simply does not make sense that some should now look to close that gateway. We know that the European Union is far from perfect but the only way to address that and change it is from within,” he added.
Advertisement