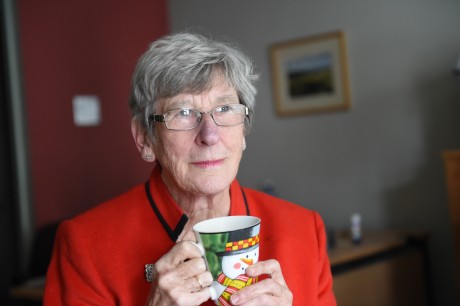 FERMANAGH will soon have proportionately more pensioners than any other part of the North and fears have been expressed over how the county’s elderly population will be properly cared for in the future.
Figures released this week by the NI Statistics and Research Agency (Nisra) show that Fermanagh will see the single biggest percentage increase in over-65s within the next decade.
Using births, deaths and migration data to forecast changes, the population of the North is projected to rise by 5.3% to 1,938,700. The report also assumes that the level of immigration will remain low.
Between 2014 and 2024 the population aged 65 and over is expected to rise in all council areas by almost 26% with the biggest increase being predicted in Fermanagh and Omagh (33.2%).
Enniskillen woman Patricia Donald from Age Sector Platform, who is in her 70s, fears it may be too late to start planning for how to cater for Fermanagh’s senior citizens.
“It’s a crisis waiting to happen and has been for the last 20 years. It’s not as if we haven’t known about it,” she said.
“The problem is where are the carers that we will need going to come from given our shrinking working population. Community care will need to properly funded to address this and not just rely on what’s left at the end of the funding round. Many older people have family members living away from Fermanagh so the fear is who is going to look after them and transport them. Human contact is a huge issue for older people and it looks as though it will be the responsibility of everyone to look out for their elderly neighbours.
“Housing designed to cater for an older population will need to be seriously considered.
The care sector in its present form won’t be sustainable with the numbers of people we will be responsible for and the amount of money that will be required. People in Fermanagh don’t have the necessary income to pay up to £700 for care homes.”