Advertisement
HomeUncategorizedBorder boll should now be top of the agenda, says SF
Advertisement 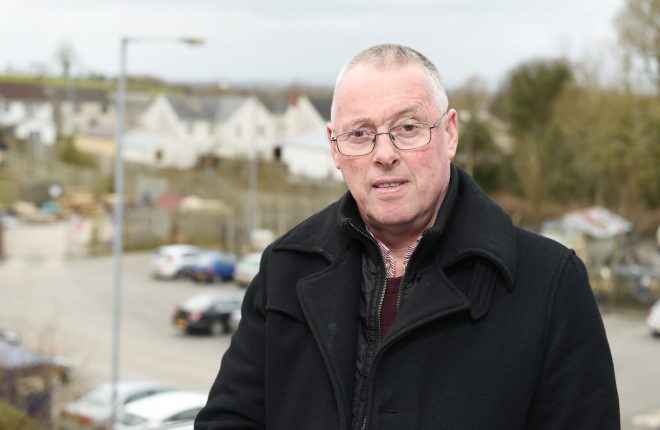 AS the dust settled on the shock ‘Brexit’ result in the European Union referendum last Friday morning, senior Sinn Fein members immediately began calling for another referendum, this time on Irish unity.
Among those making the call was Fermanagh MLA Sean Lynch who said, in light of the fact the majority of people in the North voted to stay within the EU, we shouldn’t be “dragged out of Europe” based on what was essentially an English issue.
“This will have huge repercussions for the island of Ireland,” said Mr Lynch. “We wanted to stay, and we should now be given our chance for a border poll.”
Mr Lynch pointed to the likelihood of a second Scottish referendum on independence following the victory for the Leave campaign, with Scotland also voting to Remain, and said nationalists  in the North should now also be entitled to their own border poll.
“Let us have the same here,” he said, stating the referendum had been borne out of a Tory civil war.  “People said this was going to be determined in England, and it was. This was an English issue, and we in the North were never going to make a big difference to the vote.
“It was about English nationalism, and that should not be determining the future of Irish citizens.”
He added: “David Cameron sleep walked into this. English people were voting for the wrong reasons. The referendum was more like a by-election, and people wanted to give the Government a knock. We had Nigel Farage leading all this, and he’s not even elected.”
Turning his attention back home, Mr Lynch said “a lot of businesses along the border are rightly very worried” about the implications of last week’s result, stating diesel had already jumped 10 per-cent with an increase in oil prices likely as the Pound falls against the Dollar, and said there were very uncertain times ahead for the people of Fermanagh.
“We’re in uncharted waters now, there is no road map for this,” he said, stating the North could suffer heavily as part of the UK outside the EU. “There’s going to be an austerity budget, and we’ll see a cut to the block grant, for example.”
Mr Lynch said there were further consequences for the North, such as implications for the Good Friday Agreement and with regard human rights, which were protected within the EU. Citing concerns the “Tories will road block” implementing similar protections following a Brexit, Mr Lynch pointed to legal cases over collusion where the said the EU had to “drag them through the courts” on the issue.