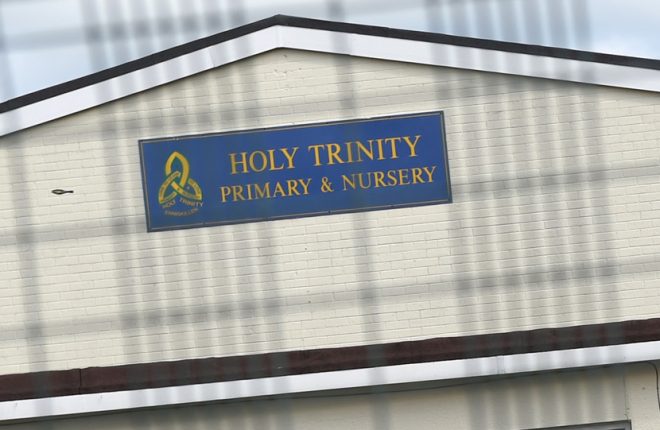 A primary school in Fermanagh was among seven in the North to receive a series of bomb threats yesterday, it has emerged.

Schools in Bangor, Belfast, Coleraine, Enniskillen, Larne and Newtownards received ‘hoax calls’ between 9am and 10am on Tuesday claiming that bombs had been planted at each of them.

Holy Trinity PS in Enniskillen was among those targeted.

School principal Brian Treacy told the Herald today: “Like a number of schools yesterday we received a malicious hoax call. The PSNI attended the school and after a thorough check of the school premises the school day continued as normal.”

The PSNI say they are investigating a series of malicious communications to schools here while other UK police services reported schools in their areas receiving similar calls.

Chief Superintendent Garry Eaton said: “Some schools opted to evacuate pupils, in line with their own protocols.

“This was obviously a very serious and worrying situation, particularly for the parents of pupils at the schools however after thorough police searches of all of the schools, no devices were found.

“At this time PSNI is exploring a possible link to similar calls received by schools in GB on Monday.

“A link is obviously a strong line of enquiry and we will be working closely with our colleagues in the other police services concerned to establish if there is any definite connection between their calls and ours, and we will continue to liaise with them as appropriate as we take our investigation forward.”

The Education Authority said it was working with police to manage the situation.