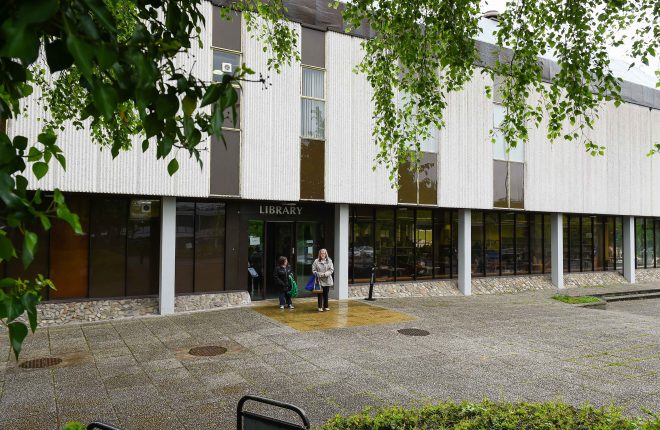 CUSTOMERS will be affected by reduced opening  hours at Enniskillen Library, according to the director of Library Services for Northern Ireland, Helen Osborne.
Enniskillen is one of 14 libraries in the North likely to have its opening hours cut.
Libraries NI has announced plans to consult on reducing the hours, from 50 hours to 45. The public consultation will be held from May 17 until July 17 to identify the most suitable pattern for the library.
New Ulster Unionist Assembly member Rosemary Barton has urged the public to respond to the consultation saying, “ Even though Enniskillen and Dungannon libraries are among the busiest in Northern Ireland, they  will see their hours reduced by five fewer hours per week. For many users of these libraries it will be the second time that the service has been reduced. We were previously advised that when smaller libraries closed in small towns and villages that the main libraries would be enhanced both in services and opening hours.
“Libraries play an essential role in encouraging young people and children to learn, it offers all generations the opportunity to enhance their skills and often enables unemployed people to increase their chances of employment. With still limited access to fast Broadband especially in rural areas many use the library facilities for the submission of applications and forms that are only accepted online.
“Library accessibility is a vital tool in improving life skills and social inclusion, therefore this reduction in opening hours will have a detrimental impact on many users so we should be united in seeking sufficient funds for this indispensable service.”
Helen Osborne, director of library services for Northern Ireland, based in Omagh, explained that there are plans to consult on reducing opening hours in 14 of the North’s busiest libraries.
“The budget is the budget that Libraries NI received this year and in order to live within that budget we have to reduce hours in some libraries like Enniskillen,” she explained. “It’s libraries like Enniskillen where we have the most staff and we have to make savings.”
She explained that the consultation would take place of different patterns of opening hours with libraries wanting to make sure of the best possible opening hours  for customers.
“Certainly with the reduced opening hours it will be less convenient for customers and some may no longer be able to get to the library, whether it be to read newspapers, use computers read books or for the free wi-fi. So customers will be affected and we regret that,” she said.
Commenting on the cuts chief executive of Libraries NI Irene Knox said:
“This is not the ideal situation however we must plan for and consider our budget for the year ahead. We will continue to liaise with staff, customers and stakeholders throughout this process and we will listen to any concerns raised. If our circumstances change, and additional funding is made available, then it will be used to minimise the reductions in library opening hours.”
The reduced opening hours is due to begin in November this year.