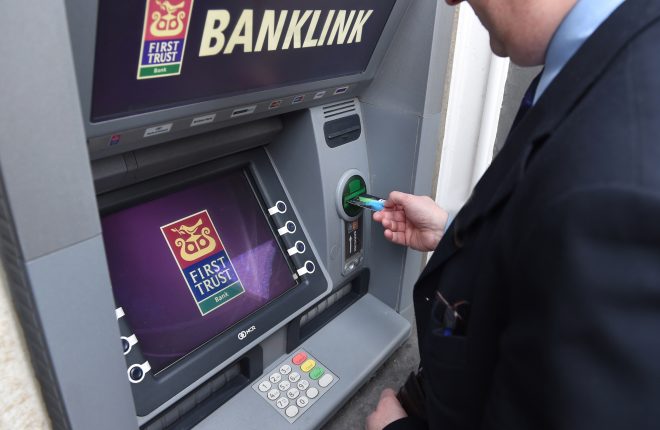 Local ATM machines have been targeted by skimming devices RMG11

Two men have been arrested on suspicion of fraud offences after a number of incidents of ‘card skimming’ across Northern Ireland.

The pair were detained in Omagh yesterday and are being questioned in connection with the placing of skimming devices on ATM machines across counties Fermanagh, Tyrone, Armagh, Derry and Down.

Police have released images of the items used by the suspected culprits to target local customers.

“These instruments are tiny and can be easily missed by unsuspecting members of the public.

“I would encourage anyone using ATMs to take a good look at the machine prior to entering your card just to satisfy yourself that there are no issues,” he added.

Anyone who suspects they may have had their details ‘skimmed’ can contact police on 101.”