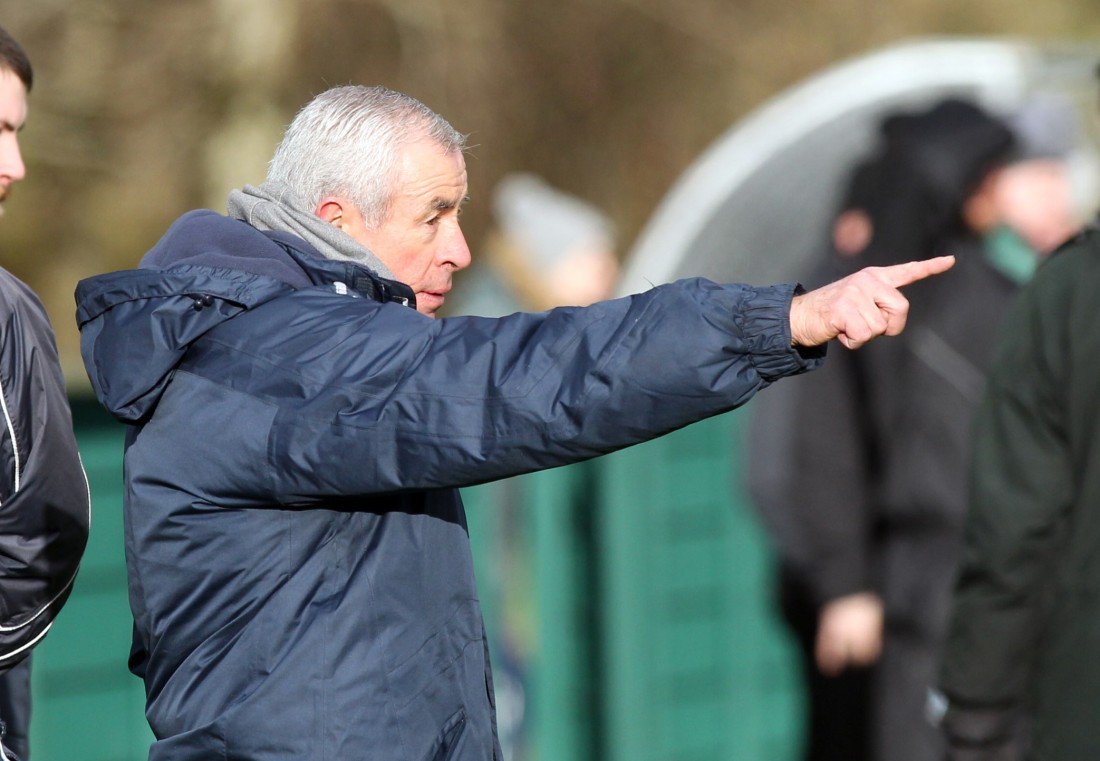 There was no fist pumping from Pete McGrath after what was a deserved win against Donegal in Ballyshannon on a nippy Saturday afternoon.

Sean Keenan’s late goal gave Fermanagh the win, but there was a lot of ragged play from both sides and McGrath knows there’s a job of work still to be done ahead of the championship clash with Monaghan on March 16th.
“We put ourselves under a lot of pressure in that game,” said McGrath. “We went three points ahead with the penalty and we had a lot  of territorial advantage for eight or nine minutes after that, but we missed a couple of free kicks, missed good chances and put ourselves under pressure and allowed Donegal back in. I suppose the goal we got which effectively won the game was a very fortuitous one. But over the 60 minutes I think the better team won the game.
The Erne boss pin-pointed decision making as a particular area of concern for him.
“We have a lot of learning to do, we were very naive at times. We don’t seem to realise the danger of some situations. Even at the end there we were caught coming out with possession, which could have cost us the victory, but having said all that we did a lot better than last week [against Mayo].
“They’ve had a good week’s training, they’re a work in progress and they’re very willing to learn. Over the next eight or nine weeks, as we look to the championship, they will get the work done.
“I think that when we get players like Jack McCann, Paddy Reihill and Danny Leonard and get a full squad to pick from we’ll be a decent team.”
The win was founded on a solid defensive performance which keep Fermanagh in touch. McGrath believes that sort of work ethic bodes well for the next few weeks as they fine for the Monaghan clash.
“We did defend well, our tackling at times was very disciplined. When Donegal did run at us with pace there was a bit of a problem, but generally they coped very well. They worked hard.
“They’re a young team with maybe not a great track record of success behind it and to win matches is so important and they’ll be very encouraged by the victory today, but we’ve still a long way to go.”