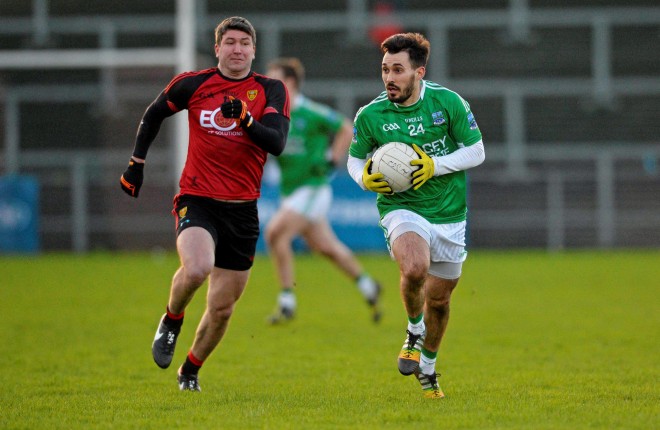 The inter-county season is back in full swing with the start of the McKenna cup last weekend.

This is a much maligned competition with some people in the GAA world calling for it and the rest of the provincial subsidiary competitions to be done away with altogether to shorten the inter-county season.

For a county manager though it gives them meaningful challenge matches where they can give game time to new comers to the panel and squad players from the year before. It also gives them games to work on game plans for the league and championship.

A few wins in the McKenna cup can give teams a lot of confidence going into the league campaign. Some people in the media would love to see the back of it, feeling its worthless competition taking up space in the fixture calendar.

I used to dread the McKenna cup myself, especially in the latter years of my inter-county career. You would find yourself up against a college team who would be flying fit and trying to impress to get on their Sigerson team and also their own county’s manager.

An impressive display would see their profile raised and could lead to a call up to the senior panel, if they weren’t already on it. I remember marking a young Mattie Donnelly when he was with UUJ and I was never as glad to hear a full time whistle as he gave me a torrid time, kicking some sublime scores off both feet.

Of course on the other hand players would rather be playing games than training because nothing beats playing matches to get you ready for the league.

Looking ahead for Fermanagh this year, they have a tough task ahead of them in the league, but it’s one players and management will relish.

They have derbies against Cavan and Tyrone along with two more games against Ulster sides, Derry and Armagh. Finally they have Meath, Galway and Laois to contend with. When looking at it on paper it seems like a very formidable programme.

For Fermanagh to succeed they really need to be taking as many points as they can from their home matches against Meath, Laois, Cavan and Tyrone. Making Brewster into a fortress is a must and the supporters play a big part in this too.

Getting behind the team, especially when they’re on the back foot, really gives the team a lift. The roar from the crowd when a score is taken or a block is executed cannot be underestimated and it gives players an extra boost.

Fermanagh really need to work harder than last year all over the pitch. When I was playing we always found the year after a good year was more or less a let down. The expectations throughout the county were raised and we maybe listened too much to the praise we got the year before and thought doing the same amount of work was enough to succeed. But teams had done their homework on us figured us out and worked harder than us.

Fermanagh need to find another one or two scoring forwards to take the pressure off Sean Quigley and Tomas Corrigan especially against the better teams as they will double mark these two and blunt Fermanagh’s scoring threat.

Ulster teams are experts at this and with so many Ulster teams in the league this is likely to be a major obstacle to overcome.