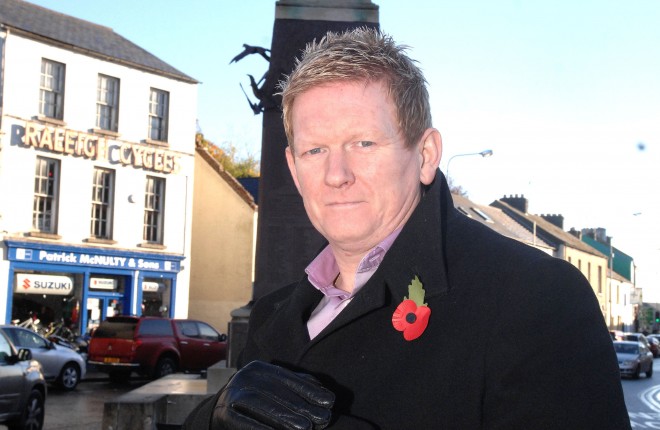 THE FAMILIES of those who lost their lives in the Enniskillen bomb 28 years ago have been told by police that no officers are currently investigating the case.

Family members of  victims who tragically lost their lives in the Remembrance Day bombing met with members of the PSNI Legacy Investigations Branch (LIB) two weeks ago on October 28 at Enniskillen Police Station for an update on the investigation.

Stephen Gault, whose father Samuel, was one of the 12 that lost their lives in the blast told the Herald that the families have been let down.
“They more or less told us nothing we didn’t already know three years ago. We were told there was nothing untoward that we needed to know.”

“We just feel that we’re being forgotten about. They’re trying to hide something from us or somebody’s being protected and can’t be questioned.
“Truthfully, hand on my heart I don’t think the Enniskillen families will get justice, because of the whole thing of who was involved, OTRs things like that. We just felt the meeting was a let down. No disrespect to the officers, the officers are very courteous, we just feel let down by the whole system.

Mr Gault admitted that 28 years on the Remembrance Day tragedy still feels “like yesterday”, with this year’s anniversary “one of the toughest ones yet” , given the fact it was the actual day and date. He commended the visit of Taioseach Enda Kenny calling it a “lovely gesture” and the families have again pressed for a meeting with him to help aid the investigation.

“He promised us a meeting back in 2012 and again we again raised the prospect of a meeting with one of his aides. They took details again and said they will be in touch so hopefully maybe  this time we may get a meeting with him.”

Mr Gault added: “It’s just any information that the Southern government has, because the bomb obviously came from the south side of the border, it was made up on the southern side of the border, so there’s bound to be something that the Garda picked up that wasn’t passed on to the police on our side. Hopefully there might be something, no matter how small that could help in the investigation.”