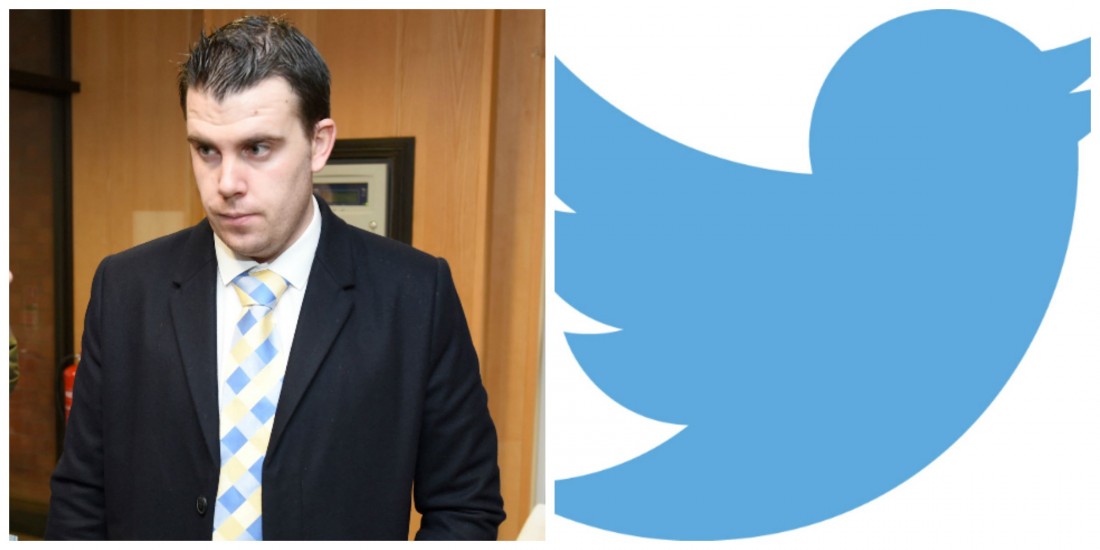 LOCAL MLA Phil Flanagan has come under fire for suggesting that sectarian motives influenced roadworks carried out by Transport NI in Kesh and Clabby this year.

In comments on social media and in a statement released to this paper the Sinn Fein man has intimated that the re-surfacing work on Kesh Main Street in June and the implementation of speed bumps in Clabby were not done for technical reasons and that other factors may have been at play.

On Twitter at the weekend Mr Flanagan tweeted in relation to traffic in Maguiresbridge from the Royal Black Preceptory march stating: ‘Roads Service wouldn’t know there was a (GAA) match on. They know where the 12th was this year though. New surfaces for Kesh for it.’

@johnharps Roads Service wouldn’t know there was a match on. They know where the 12th was this year though. New surfaces for Kesh for it

When approached by the Herald he went one further and turned his attention to Clabby.

“Anyone that travels around Fermanagh will see exactly what I am talking about. A new surface in Kesh appeared just in time for the Twelfth and new speed ramps were put into Clabby that no-one wanted, all at a time when there is supposedly no money to fill in potholes on many roads or to remove dangerous corners on much busier roads.”

Three years ago, Mr Flanagan came in for criticism when he made a joke on Facebook about Clabby being a ‘black hole’. He later insisted that he was referring to lack of mobile phone coverage, rather than the predominant religious identity of the village. The Facebook post read “There may be 3G coverage in Fivemiletown, but Clabby’s still a black hole.”

In response to Mr Flanagan’s latest tweet Fermanagh and South Tyrone MP Tom Elliott called for Mr Flanagan to apologise for comments he considered “completely unbefitting for an elected representative”.

He also said they were inaccurate as Transport NI had no involvement with controlling traffic in the Maguiresbridge area at the weekend.

“What makes these latest remarks more serious however is the fact that this time he has disgracefully smeared an entire reputable public organisation that provides employment right across Fermanagh and South Tyrone.

“In addition the Roads Service, now officially called Transport NI, delivers essential maintenance and upgrades right across the local network and to imply that the organisation makes decisions on where to invest on anything other than on merit is outrageous.

“These comments, aside from having absolutely no foundation and being offensive to every Roads Service employee, are completely unbefitting for an elected representative. In fact by making an accusation that the organisation is sectarian reveals more about Phil Flanagan’s own prejudices than any flawed notions he was trying to encourage.”

Mr Elliott called on Mr Flanagan to retract his comments and offer Transport NI a “full and frank apology”.

In response Mr Flanagan said he would not be taking lectures from Mr Elliott and that the MP had an “unhealthy interest” in his social media activities.

“Instead of spending his time keeping an eye on what I am doing on Twitter, he would be better served turning up to vote in Westminster like he said he would or even representing all of his constituents by going to support his own county in an All-Ireland Quarter Final at the weekend.

“Tom Elliott’s abstentionist policy of GAA matches is now that infamous, that someone brought along a picture of him to Croke Park and held it up, pictures that were broadcast on RTE.”

Local DUP councillor Paul Robinson said he wasn’t surprised by the Sinn Fein MLA’s comments and called on him to prove Transport NI had deliberately favoured work in unionist areas.

“Just because work is being done in a unionist area doesn’t mean it is sectarian. The people wanted the ramps in Clabby, it wasn’t Transport NI, it was the residents there who wanted to reduce speeding on that stretch.”

In response to Mr Flanagan’s comments a  TransportNI spokesman said: “Anyone who has questions about the operation of TransportNI should contact the department directly.”

@johnharps Roads Service wouldn’t know there was a match on. They know where the 12th was this year though. New surfaces for Kesh for it