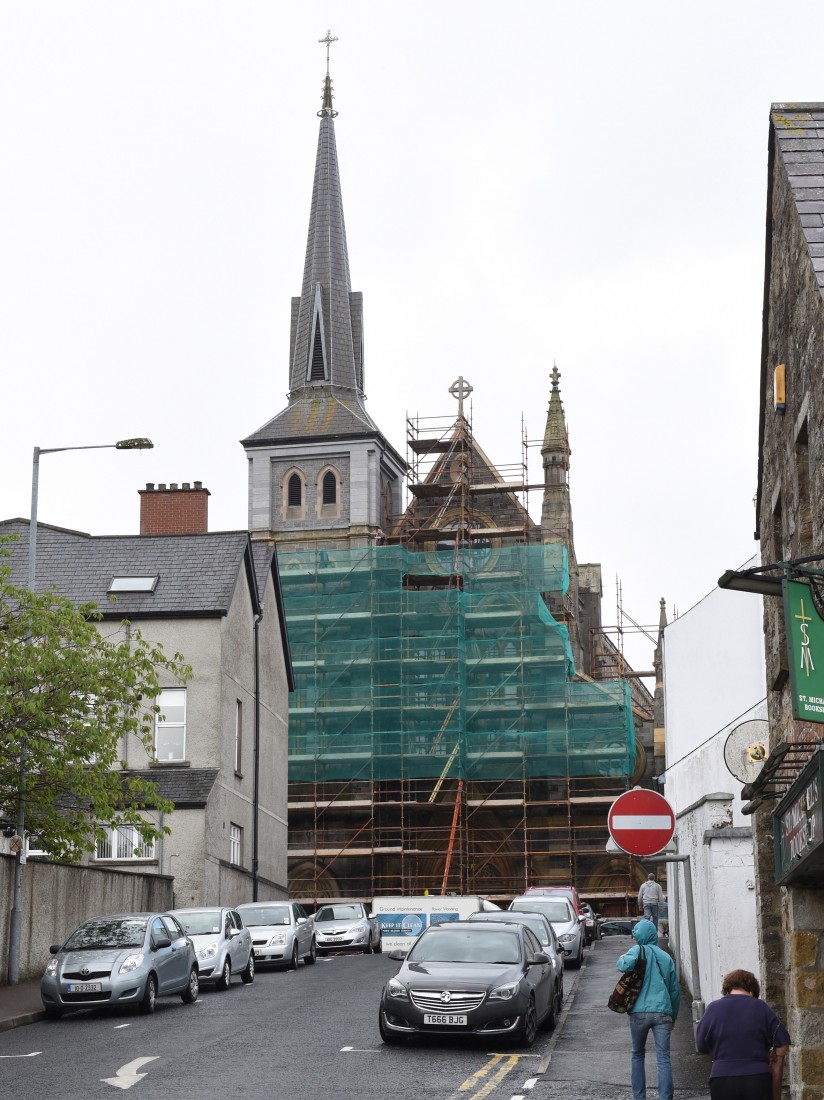 A FIVEMILETOWN man who shouted sectarian slurs in Enniskillent town centre has been jailed for disorderly behaviour, Fermanagh court has heard.

Graeme Stronge, of Camgart Road, was accused of being under the influence of drugs when he shouted that Enniskillen was “full of fenian bastards”.

The 34-year-old, who was last week sentenced to three months in prison, was convicted of the offence when he appeared before Enniskillen Magistrates Court.

He was sentenced to two months in prison which will run concurrently with his current sentencing.

A prosecutor explained that on May 30, at around 2.40am, police were on patrol on Halls Lane in Enniskillen when the spotted a disturbance near St Michael’s Cathedral.

The officers spotted a group of men, which included the defendant, involved in an incident. One of the men punched another male to the face and took off running. The men were separated however, no complaints were forthcoming.

Police then returned to the area where they saw this defendant with dilated pupils and the officers believed he was under the influence of drugs. Stronge then started to become abusive shouting: “This town is full of f*****g fenian bastards.”

He then made other sectarian remarks to police despite being warned about his behaviour.

The court heard that Stronge had been in the car with two other men when they met the group of males who had made gestures towards him and started shouting sectarian slogans.

He claimed that the two groups of men had been involved in an altercation of a sectarian nature the day before.

A defence solicitor told the court that the accused was willing to enter a plea at the earliest opportunity.

The defendant was also described as being “no stranger to court” and has a very lengthy, recent record.

Deputy District Judge Liam McStay told Stronge: “It really doesn’t sound as if you were in the centre of all of this. When police tried to sort this out you threw in the problems too.

“This is all low-level stuff and you should not be getting involved. I will reflect the fact you pleaded guilty to this matter.”