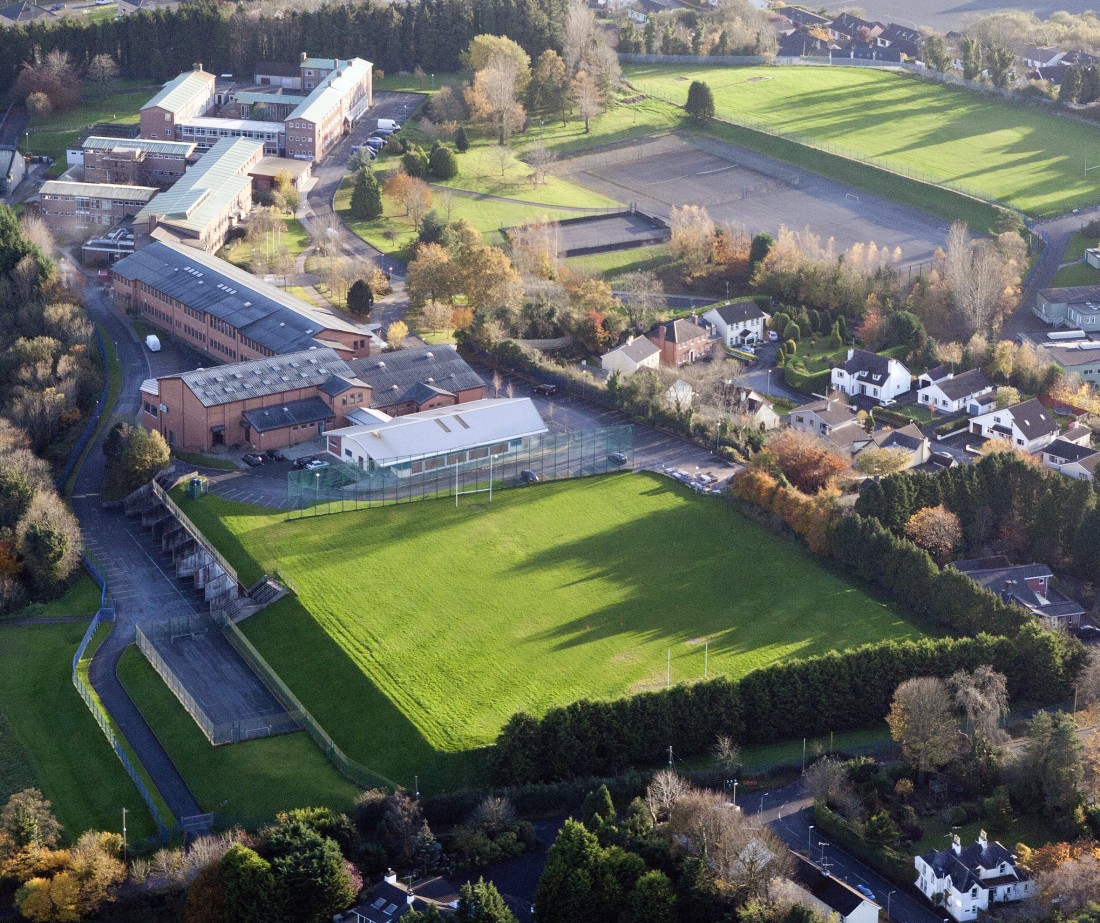 Part of the St Michael’s College sports complex as seen from the air Picture: Bill McBurnie

QUESTION marks hang over the future of vital repair projects in some of Fermanagh’s schools after the Education Minister delivered a funding blow which will hit planned refurbishments and possibly new-builds.

Some of the projects have been in the pipeline for years but a number of the urgent facelifts face an uncertain future as the education board continues to battle against a budget hole.

In a question tabled by the new MLA for Fermanagh and South Tyrone, Neil Somerville, to the education minister, the UUP man asked for an update of the planned capital expenditure for each school in Fermanagh and whether any of these have been reduced “due to the increased pressures on public expenditure”.

The Education Minister, John O’Dowd, stated that the Executive’s budget was reduced by the Westminster government by £1.5bn over the last five years.

Projects currently at risk include:

* Mount Lourdes Grammar – Extension and upgrading of school canteen facilities and site works – which is awaiting designs from architects – this is at a cost of between £1m and £2m.

* St Michael’s College – new sports facilities to include all weather flood-lit sports playing fields and athletics facility – which is also awaiting designs from architects – at a cost of between £1m and £2m.

* Erne Integrated College – phase II of works at the school includes re-roofing modular buildings, stand alone sports hall and additional accommodation, internal refurbishment of three storey building. Their design has been submitted but is now under review and is costing between £3m and £4m.

While the Sinn Fein minister faces a constrained budget, he said he has requested major work projects, which includes three new school buildings in Enniskillen, to go through to the design stage.

The new Enniskillen Model Primary School is costing £5.7m and the procurement of contractor is to start this month with work expected to begin in February next year.

The Devenish College, costing £23.2m was due to secure its design team at the end of last month.

He also revealed the cost of a new build for the proposed amalgamation of Collegiate Grammar and Portora Royal School.

He said that a feasibility study was being prepared for the £17m new-build.

The Education Minister said: “My departmental budgets beyond March 2016 have yet to be allocated therefore it is not possible to identify whether or not any of the major projects will be delayed. In the meantime the projects are continuing through to pre-tender.”

In reference to minor works projects, he said: “I would also advise that the substantial reduction in capital budget from 2015/16 onwards means that the minor capital works budget for 2015/16 is now fully committed.

“I can assure you that I will be taking every opportunity to bid for additional funds and have already made substantial capital bids to support this and other similar projects during the June 2015 monitoring round.

“Should funding become available it would be the intention that minor works projects could be released to tender stage, depending on the priority and the availability of budget.”