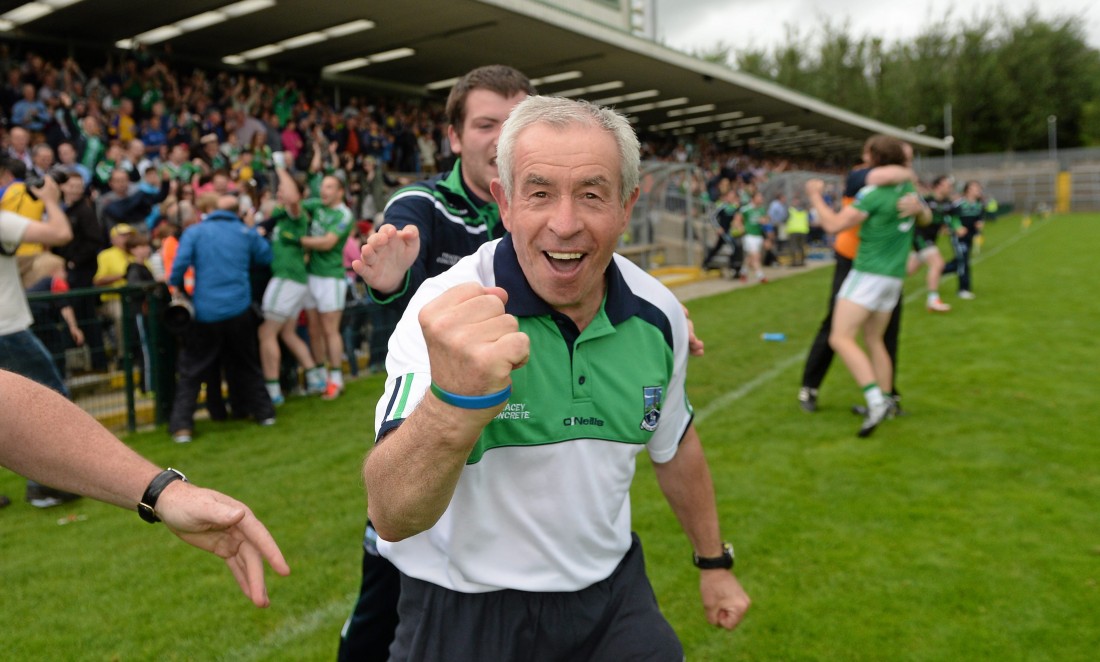 BRING IT ON: Pete McGrath celebrates after victory over Roscommon.

Following Fermanagh’s epic victory over Roscommon in the third round of the All-Ireland SFC Qualifiers they have learned their opponents in the fourth round.

It’s the best possible draw Pete McGrath’s men could have got. They dodged the beaten Munster finalists, Cork or Kerry, and instead were drawn against Westmeath who sank to a 2-13 to 0-6 drubbing against Dublin in the Leinster final.

Commenting on the draw ex-Dublin player Barry Cahill said, “Fermanagh have done brilliantly this year securing promotion to division two. Pete McGrath has really done an excellent job.” However Cahill still tipped Westmeath to regroup and see off Fermanagh for a place in the All-Ireland qualifiers.

That would ignore history though. Fermanagh having a 100 percent record against Westmeath, winning their two previous qualifier meetings, both of which were in Mullingar. In 2013 Fermanagh won 3-10 to 1-15, while in 2002 they had a double scores victory, 0-14 to 0-7.

The draw took place this morning on RTÉ Radio 1. For the third time in a row Fermanagh were first out of the pot however round four games are slated for neutral venues and will take place on Saturday 25th July.

Full round 4A qualifier draw

The draw for round 3B was also made this morning and that saw both Ulster sides handed tricky away assignments. Tyrone face a replay of the under 21 All-Ireland final, while Derry will have to take on the conquerors of Armagh at Salthill.

Full round 3B qualifier draw