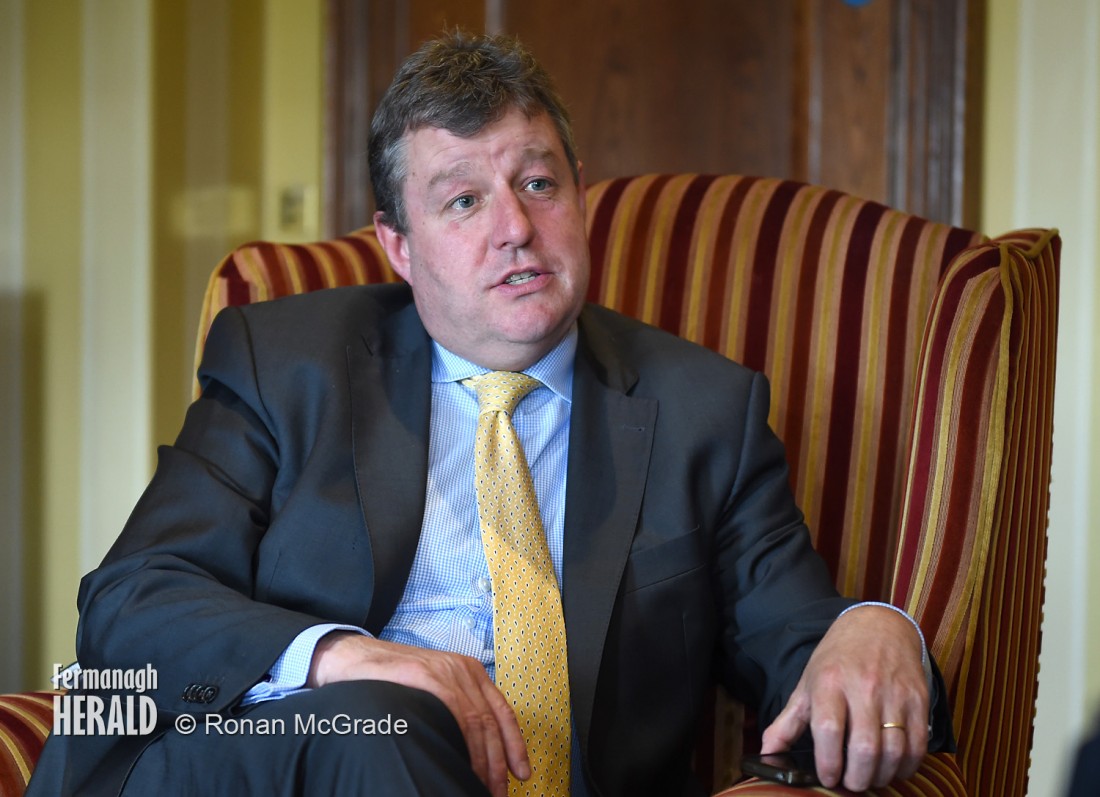 THE new owners of the Lough Erne Resort say they will pump some “several million dollars” into revamping the “crown’s jewel” of the North’s tourism.

The purchase of Lough Erne Resort, the five-star luxury hotel and golf resort, has been completed by a US investment group led by Vine Avenue Advisors, LLC, headed by Michael Saliba, and TRU Hotels and Resorts, a hotel investment and management company founded by veteran American hoteliers Jeff Mahan and Mark Ward.

Lough Erne Resort, built in 2007, was brought to the world’s attention when it successfully hosted the last G8 Summit in 2013.

Last year it won the Northern Ireland Tourism Board’s ‘Hotel of the Year’ award, and it was recently selected to host the 2017 Irish Open golf tournament.

In an interview with the Sunday Business Post, Michael Saliba, CEO of Vine Avenue Advisors said: “We are excited about the potential not only of the hotel and the golf course, but also the region.
“The residents of Enniskillen and Fermanagh have been warm and extremely welcoming.”

Mark Ward added: “We are thrilled to be involved with undoubtedly the most prestigious golf resort in Northern Ireland and the crown jewel of Northern Ireland tourism. Its location on Lough Erne is one of the most beautiful resort settings in the world, and the hotel compliments it by blending classic country house style with modern amenities and facilities, not to mention a world-class golf course.”

Andrew Phelan, General Manager of Lough Erne resort said, “Speaking on behalf of all the staff at Lough Erne Resort, this is an exciting time for both the Resort and the region. The team here is delighted with the completion of the purchase of the Resort by the new owners, and looks forward to working closely with them to further enhance Lough Erne Resort’s international reputation.”

The Faldo Championship Golf Course, which boasts stunning views of the waters of Lough Erne from every vantage point on 11 holes, was designed by six-time Major Championship winner Nick Faldo. In 2010, the Ireland Golf Tour Operator Association named Lough Erne ‘Golf Resort of The Year.’

Jeff Mahan added: “The 2017 Irish Open presents a unique opportunity to showcase to the world not only the beauty of the resort and surrounding area, but also the extraordinary warmth and hospitality of the Northern Irish people.”

Part of their plan involves pumping as much as €9 million unto revamping the former G8 Summit and championship golf location.

The Saliba family from Chicago and their hotel expert co-investors Mark Ward and Jeff Mahan, want Lough Erne to aggressively target the US market over coming years.

The consortium paid €8.4 million for Lough Erne. The deal was led by Vine Avenue Advisors, headed by Michael Saliba and Ward and Mahan’s Tru Hotels and Resorts.

The investors and their families visited Lough Erne last week. While the Lough Erne deal was agreed a year ago it was officially closed just before midnight last Wednesday.

Major investment is expected to be pumped into the property.

Ward told the Business Post: “I would say several million dollars for sure, definitely an amount in the high single digits.

“We’re very strong financially and will do what it takes.”

They said a big priority is the 2017 Irish Open which has been awarded to the resort and golf star Nick Faldo may be brought back to help the course which he designed.

“We have to bring the golf course back into shape that the Faldo people intended. We’d love to get his people back out here. The greens have to be made significantly faster.

“We’re completely replacing all the golf maintenance equipment and looking carefully at the facilities needed for the European Tour golfers.”

The investors say they are working with European Golf Tour organisers in the next few weeks.

Other options also include adding a leisure centre and other amenities and will expand staff.

They are also planning on developing the remaining 25 holiday homes on the grounds which were left in various stages of completion throughout the years.

“We will then see what market there is to either retain or sell them,” Ward added.

Ward is to spend the next few months in Northern Ireland bedding down the new operation.

They also say there will be a “significant” amount of money being spent on promotion in the US market.