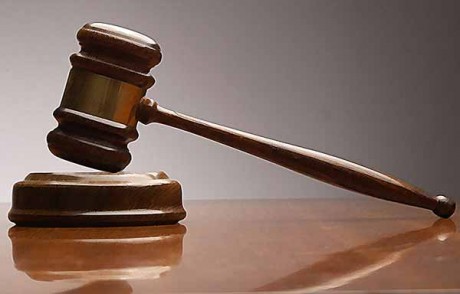 A Lisnaskea drink driver, three times over the limit, who crashed into a lamp post off Maguiresbridge Main Street has been disqualified for four years and fined £350.

Donna Smith (48), of Carrowshee Park was convicted at Enniskillen Magistrates Court and received the substantial ban, due to a similar conviction from February 2012. On May 18, 2015 at five past midnight police received a report of a one vehicle crash on the Lisnagole Road, at Maguiresbridge, adjacent to the junction of the main street in the village.

Smith, driving a Renault Clio, had emerged from Main Street and drove straight on into a lamp post. Her vehicle was left halfway on the road and halfway on the foot path when police arrived. Smith was arrested and brought to the police station, where a lower reading of 105mg was recorded, three times the legal limit.

During a later interview Smith confirmed she was the owner of the vehicle, but answered the remainder of the questions with “no comment” and failed to provide an account of the collision.

Defence solicitor Garry Smyth asked the court to give Smith credit for her guilty plea and said the defendant was “embarrassed” to find herself in court again on a similar charge.

He explained that on the night in question the defendant had consumed alcohol after finishing her work at a restaurant in Enniskillen. The solicitor added that this work was now no longer available due to the “inevitable” loss of her driving licence.

District judge Nigel Broderick said the matter was aggravated by the high alcohol reading and Smith’s previous disqualification for drink driving from February 2012. He asked did the defendant complete a drink awareness course after her previous conviction and Smith confirmed that she had.

“Unfortunately it did not have the desired effect,” remarked the judge. He left the defendant with one final warning: “You now have two relevant entries. Appear back a third time for drink driving and you run the risk of a custodial sentence.”