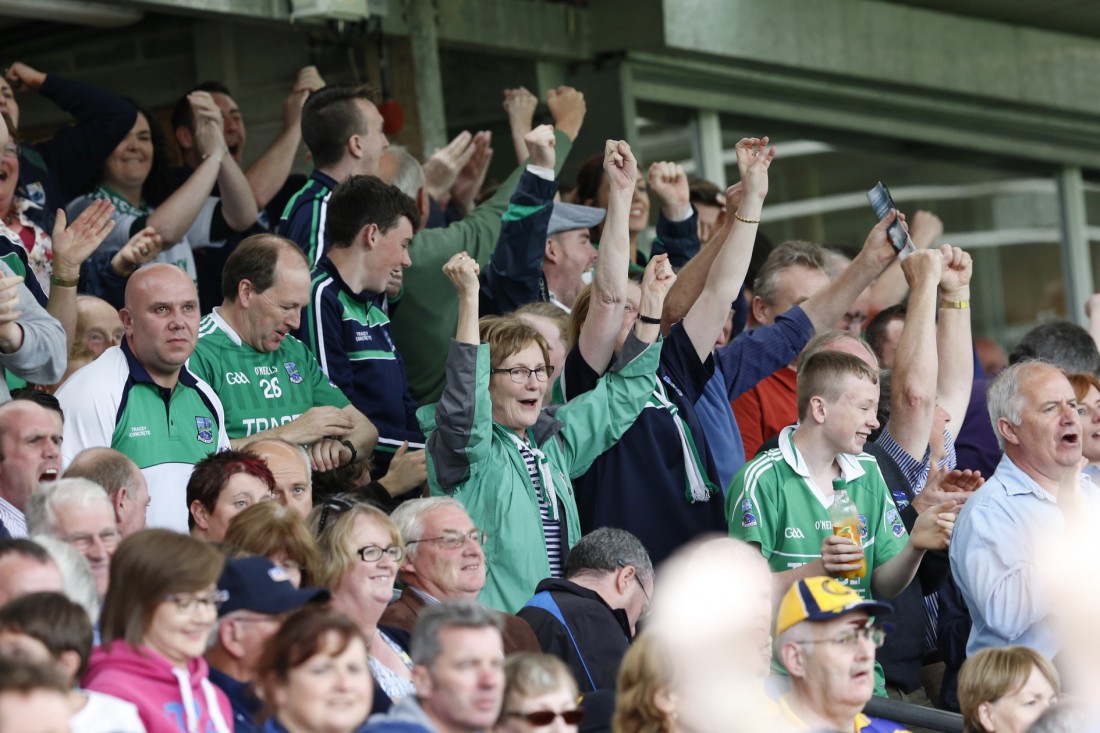 Fermanagh fans are urged to support their home County this weekend

29th June 2013 4.30pm I had just kicked the match winning point against Westmeath mentally and physically exhausted from what was a gruelling game. Every player was euphoric after the win, grabbing me with the sheer joy of it and amazement that I had kicked the winning score.

The last man to get to me was Paul Ward, his first words were, “You’re damn lucky you scored that, you should have passed it to me!”

That was the last meeting between Fermanagh and Westmeath and needless to say I’m hoping we can come out with the win again this Saturday.

The boys really are on a crest of a wave after the brilliant result against Roscommon. Contrary to what the well fuelled Roscommon supporter in front of me believed, I thought Fermanagh were well in the game. Limited space in the forward line and some poor decision making in front of goal was the only thing keeping Roscommon ahead for most of the game. I could name so many players who changed the match.

Eoin Donnelly, again did the hard work to keep Fermanagh in the game, Ruairí Corrigan injected some serious drive to the attack but Tomás Corrigan for me really stood out.

It was not a simple task taking over free taking duties mid game and he did so with assurance and accuracy. Some of his scores in the second half may be overlooked, but at the time they kept Fermanagh within striking distance of Roscommon. And what more needs to be said about the outrageous score from the side-line.

Like the rest of the support I was happy to take the draw, but up steps Sean to do what he does best and kick a brilliant score, which not only lifted the white flag but nearly lifted the roof off the stand.

This brings me to the home support in the last 10 minutes. It was unbelievable and I have no doubt in my mind it played a big role. Ask any player who was on the field against Roscommon how much that vocal support helps a player.

It’s always great to hear a great roar after a goal or a point, but what was different against the Rossies was the roar that would greet a turnover or breaking ball won as Fermanagh set up for another attack.

When I was playing and attacking from the back, a roar from the crowd would really lift me and push you on that bit more.

Many have overlooked that the lads played a championship game just seven days earlier and this would have no doubt had an effect on their legs come the end of the game against Roscommon and I could see some boys were struggling. But again I hope everyone who was there that day understands how much their passion and support will have helped the players push through the pain barrier and drive the team to victory.

The reason I wanted to highlight this is I hope every Fermanagh Gael heads to Breffni Park this Saturday. We have a great chance to reach the quarter-finals and a huge swarm of green jerseys in the bowl of Breffni Park roaring on each and every one of the boys whether it’s your brother, son, cousin or local club mate, will go a long way to taking us back to Croke Park.

In all recent interviews, players have spoken of leaving the jersey in a better place, let’s see those jerseys grace Croke Park late into the summer.