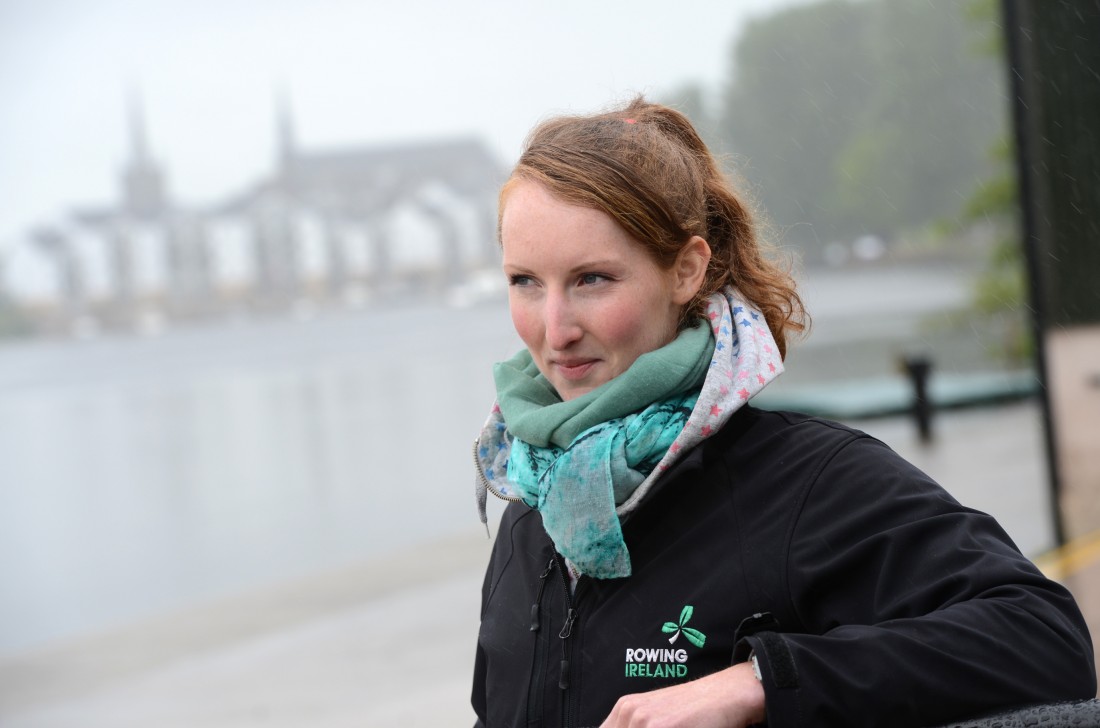 Leonora Kennedy takes a break from training in Enniskillen RMGFH122

Last weekend marked another step in the development of Ireland’s womens rowing pair, Leonora Kennedy and Monika Dukarska. The duo competed at Malta Lake in Poznan as they contested the European Championships.

The event proved something of a curate’s egg, with weather and health niggles conspiring against the Irish pair.

“The conditions on semi-final day, Saturday, were horrendous. I had a tummy bug and we were out of the boat for Monday and Tuesday prior to the championships and I had eaten for a day and a half so that wasn’t great preparation,” said Kennedy who was enjoying some down-time at home in Enniskillen after her exertions in Poland.

Despite the less than ideal preparations the championships started well with the Irish coming home behind the Netherlands and Spain in a time of 7:17.07, one of the best times recorded in the Friday heats.

“We had a reasonably good race in the heats on Friday,” said Kennedy. “We played it a little bit safe, in terms of letting the Spanish come through us. But we’ve written Saturday’s race off. There was a cross-tail or a tailwind, but it was really strong. The winds were 15mph with 20mph gusts and they were all over the place, very inconsistent. The first 750 metres the water still bumpy, but it was grand. In last 1,000 metres was very wavy. We should be used to it from the conditions in Cork, but we’re a relatively new crew having got together in February this year.”

Saturday’s difficulties saw Kennedy and Dukarska compete in the B final on Sunday. They came in third in that one with a time of 7:20.37. Britain ultimately won the A final with the Dutch second and Romanians third. It’s worth noting that Friday’s time would have placed the Irish pair fifth in the A final, evidence of the quality in the Irish boat.

“We tried to move on in the final on Sunday. The result in the end wasn’t what we wanted, but the processes that we implemented race-wise were better. We learned a lot from the weekend. You just can’t be complacent from race one on. We’re back in Cork on Thursday, so we’ll have a good debrief about the weekend then.

“The Polish team we beat on Friday got through to the A final and came sixth over all, so the middle of the pack is going to be extremely competitive for [Olympic] qualification. Also other crews come in from around the world so it’s going to be tough. There’s a lot of work to be done. We just have to learn from all the racing we do. We have to go out in the bad conditions in Cork and get used to moving the boat in those conditions,” said Kennedy.

World Cup 3 in Lucerne in mid July is the next target for Kennedy. Following on from that are the World Championships at the end of August and start of September at Aiguebelette in France. Success in that competition is critical with the top 11 boats qualifying for the 2016 Rio Olympics. 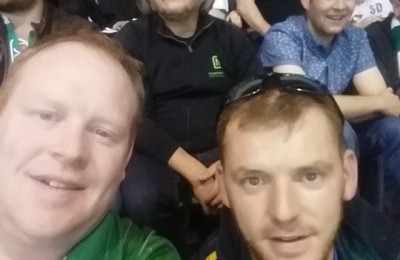 Fermanagh folk were smiling last night as both Northern Ireland and the Republic of Ireland won their European...

Following some strong performances on Irish rowing machine testing at Limerick, the top rowers from all over Ireland now...