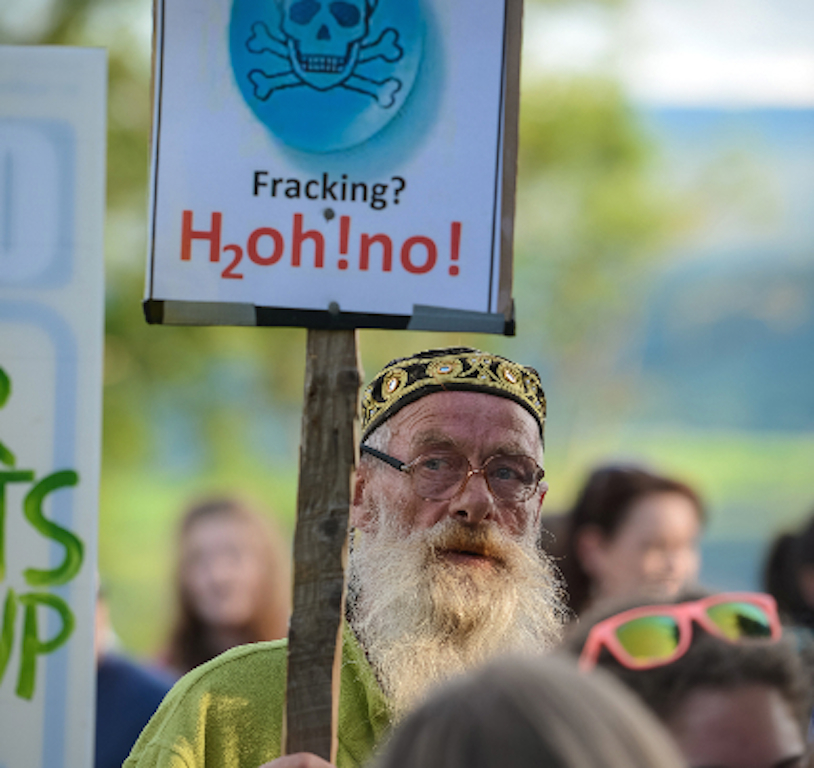 IN THE DOCK… Gerard ‘Maco’ McIntyre

TWO Fermanagh men accused of rioting at a proposed fracking site in Belcoo have appeared in court.

Gerard McIntyre, (58) of Beechill, Cavanaleck and 53-year-old Hugh Murphy, of Railway Crescent, Belcoo were charged with riotous behaviour at the former Acheson and Glover quarry site on the Gardrum Road, Belcoo on July 21, 2014.

But at Enniskillen Magistrates Court the  District Judge refused to allow the Public Prosecution Service to amend the charge against the two to one of aggravated trespassing. McIntyre, however still faces one charge of common assault against a security officer Kevin Moane.

The court heard that the incident arose out of Tamboran Resources’ plan to drill an exploratory hole at the site in Belcoo last year.

On the day in question two to three hundred people had gathered to demonstrate at the site on the day in question and a number of parties tried to breach the perimeter fence. The PPS made an application in court to amend the riotous behaviour charge to that of aggravated trespassing after it emerged the alleged incident had taken place on private, not public land.

A statement on May 6 from the managing director of the company tasked to provide security at the site confirmed the location of the incident was private land.

The PPS application was rigorously opposed by the defence barristers for both defendants.

District judge Nigel Broderick said there were “significant differences” between the offences of riotous behaviour and aggravated trespassing and did not accept the only difference was the distinction between private and public land. “I think the differences are such that it is inappropriate to amend in the interests of justice,” he added.

The case was adjourned until June 29 to allow the prosecution to reflect on the ruling, with a review scheduled for August 12 in the McIntyre assault case.