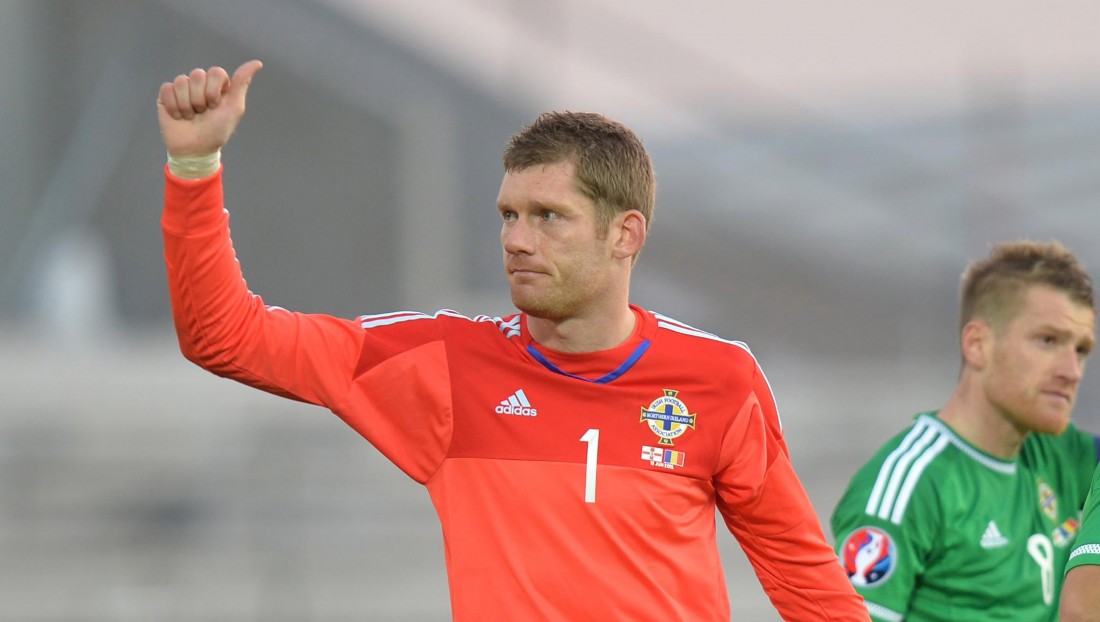 “I thought I might be a bit busier than I was, but I was just happy the way the game went and I felt that everything I had to deal with I dealt with fine,” said McGovern.

“I’m delighted to keep a clean sheet, but disappointed not to go on and win the game, because we had chances.”

Northern Ireland’s best chance of a goal came near the end of Saturday’s tense encounter in Windsor Park. It fell to Kesh’s Kyle Lafferty, but his reaction shot screwed just wide. McGovern had nothing but praise for Lafferty’s contribution though.

“Kyle was outstanding again and, to be fair, he has been like that the whole campaign,” said McGovern. “He’s been our main man and scored a lot of goals and is probably our most important player. Although he didn’t score on Saturday he caused Romania all sorts of problems and was unlucky not to hit the net. Hopefully he can stay fit and do the business the next time out.”

Another man McGovern picks out for praise is Northern Ireland manager Michael O’Neill.

“Michael has been excellent. The last campaign we didn’t have the results that his hard work really deserved. But it’s all clicking into place this campaign. The preparation that he does behind the scenes is first class. It’s ultra-professional and gives us the best chance of going out and getting results. I can’t speak highly enough of him,” said McGovern.

Currently plying his trade in the Scottish Premiership with Hamilton Academicals, exposure to international football is a wonderful shop window for the Fermanagh shot-stopper.

“It’s brilliant to test myself at such a high level,” said McGovern. “Obviously it’s a step up from playing in the Scottish Premiership. And with me moving up from the championship last season that’s another step up. To then move on to international level and play a few friendly games and then play a European qualifier is fantastic for myself personally.

“It’s a great challenge and a I’m really ambitious. I want to play as high as I can in my career and tests like the game on Saturday will give me great experience and confidence going forward.”

Of course another bonus of international action is the opportunity to catch up with family and friends.

“I didn’t find out I was playing until the Thursday before the game. My mother was working, but my father and my brother Joe were both at the game along with a friend of mine so I was happy to see some friendly faces after the game.”