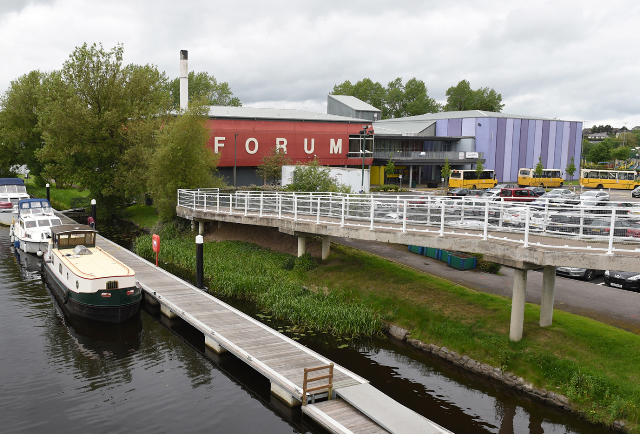 A 34-year-old Spanish national, accused of sexually assaulting children at the Lakeland Forum swimming pool in Enniskillen has been refused leave to return to his native country.

Cristian Diaz, of  East Bridge Street appeared in court to hear an update on his case, with variations to his bail conditions proposed by the defence.

Diaz stands accused of assaulting three young girls, aged between and nine and 11, in the swimming pool on dates between February 24 and March 12 this year. He is further alleged to have stolen a pair of pink pants and a multi-coloured girls swim suit, valued at £25, on dates between October 1 2014 and March 2015.

A police constable told the court that Diaz represented a flight risk and that the defendant’s passport and EU Identity card were currently in police possession. The officer stated that if variations were made to the defendant’s bail there was a risk of him not returning as he had no significant links to the country.

The prosecutor outlined that “significant progress” has been made on the case  with all three victims spoken to by officers. A date for preliminary enquiry has been set for August 3.

Defence solicitor Michael Fahy highlighted to the court that Diaz had fully adhered to all the terms of his bail so far and a result had been left living in Fermanagh in relative isolation. He informed the court that Diaz initially came to Fermanagh six months prior to the alleged incidents to stay with his brother who had been working as an engineer here, but had since left the jurisdiction.

Mr Fahy accepted the defence’s objections to bail in regards to fear of flight, but stated any objection must be substantiated by some form of evidence. He noted the significant amount of cash surety lodged already as part of Diaz’s bail and stated that figure could be enhanced.

The defence also said that details had been received from Spain regarding a bail address and information on a police station where the defendant could sign bail on a daily basis if necessary.

This information had been received from the Diaz family lawyer in Spain, based in Madrid, who attended a previous court hearing. Mr Fahy said any objection to bail must be based on evidence and not just opinion.

District judge Nigel Broderick considered the matter carefully and said these were serious charges. The judge said he was satisfied the prosecution were dealing with the matter expeditiously and noted the preliminary enquiry set for August. If returned for trial the judge said Diaz should expect arraignment in September.

Mr Broderick said there was a concern that if Diaz left the jurisdiction he would not return for trial on that basis he did not grant the application to vary his bail conditions. The case is listed for July 27 for review with a preliminary enquiry set for August 3.