Advertisement
HomeHeadlineMaguiresbridge sisters face the chop for a good cause
Advertisement 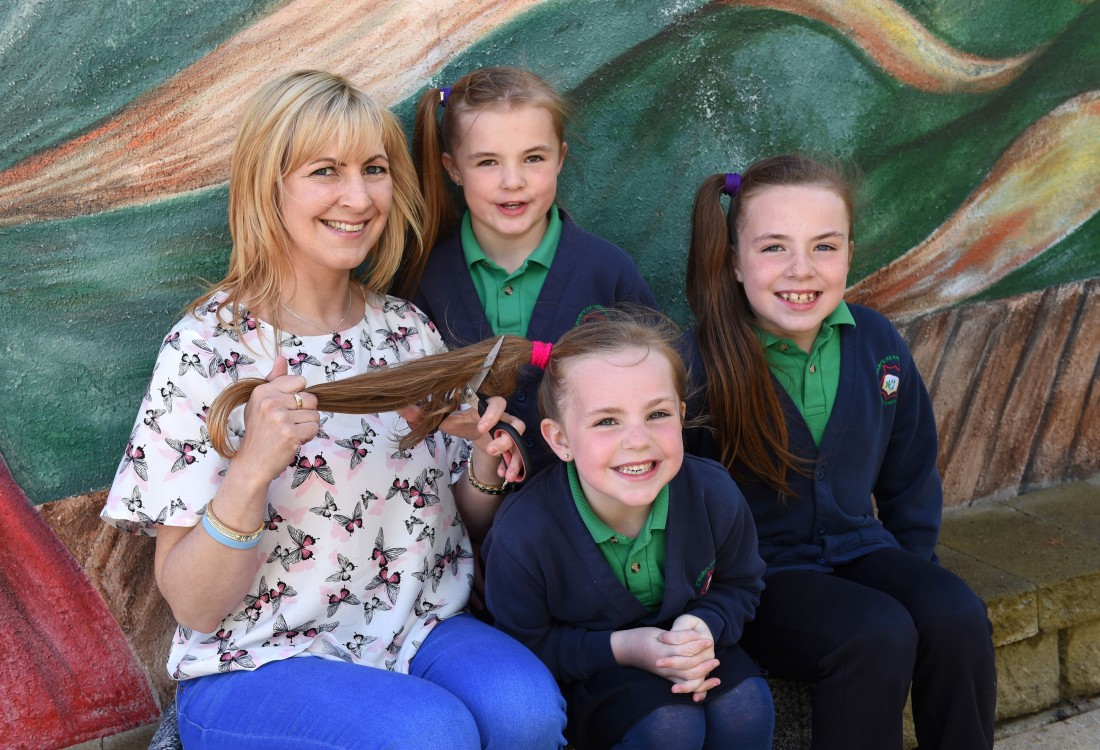 Majella Loughran with her daughers, Sophie, Annie and Cassie who are getting their hair cut off to raise money for charity. The event takes place at the Knocks community hall at 4pm on Sunday 21st June RMGFH20

THREE sisters, Sophie (5), Annie (8) and Cassie (9) Loughran, from Maguiresbridge, are embarking on a truly generous project, getting their pony tails cut off to be used by the Little Princess Trust for making wigs for children receiving cancer treatment.

And, money raised from the event will go to a charity, Fiona’s Eye Fund which was set up in memory of their mum’s cousin, Fiona Dolan whose daughter contracted cancer a year after she died.

The girls are the daughters of Majella and the late Dermot Loughran (he died 5 and half years ago) and attend the local St Mary’s Primary School.

The big ‘family fun’ day event, which has been organised by their mother, takes place in the Knocks Community Hall on Sunday, 21st June, and runs from 1pm-5pm.

The Little Princess Trust and Fiona’s Eye Fund have a special significance for the sisters, so too is the fact that they and the (Fiona) Dolan family have each suffered tragic bereavement.

Mrs Loughran explained that it was her eldest daughter, Cassie who set the ball rolling by getting her hair cut for the Little Princess Trust to be converted into wigs for children with cancer.

“The first charity, Fiona’s Eye Fund was set up in memory of my first cousin, Fiona Dolan and, a year after she died, her daughter was diagnosed with cancer and lost her hair.

Cassie then had her hair cut and her sisters wanted to join in with her this time.

“They’re having it on Father’s Day in memory of their father. We’re adding to the programme all the time. We’re hoping to have a ‘bake off’ where people bake something and bring it along to have it judged and a mini ‘tractor run’ where wee small kids can bring along their tractors and go on a wee run.”

There will be a disco with a DJ and karaoke besides.

There is no admission fee, but all donations will be welcome.