Advertisement
HomeHeadlineDog kennels targeted by arsonists gets the all-clear
Advertisement 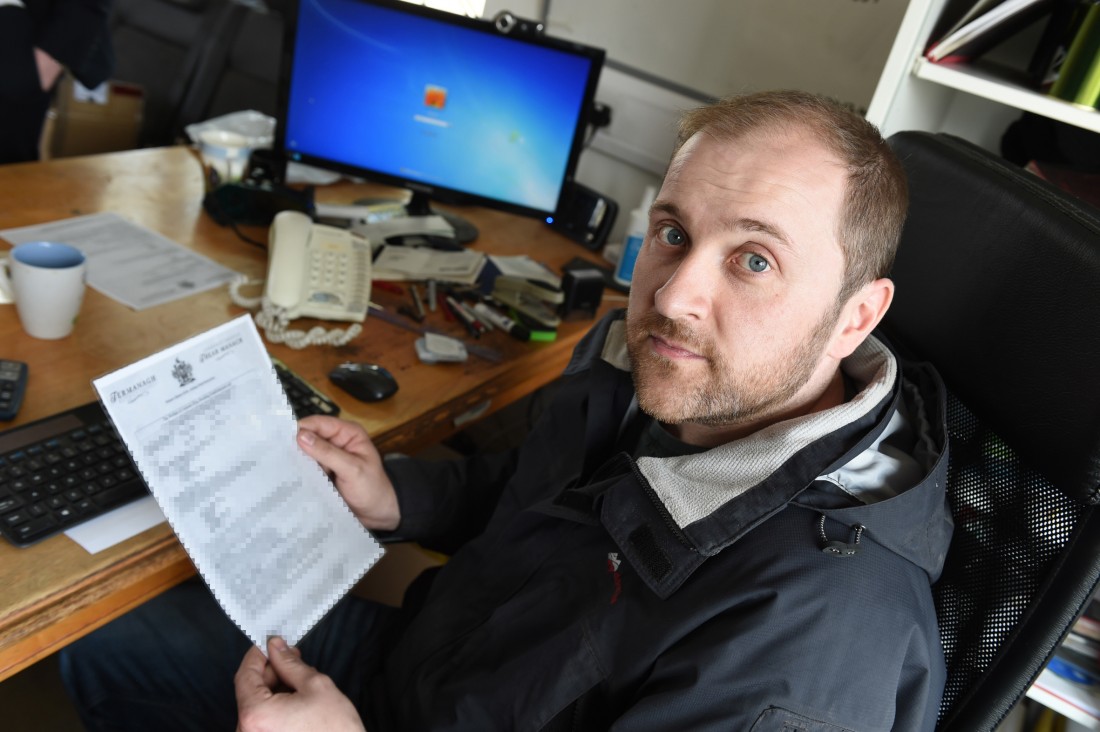 David Hamilton, holding his business licence, is back in his office near Clabby after an inspection by the council found everything to be above board at his kennels RMGFH157

The dog kennels targeted by arsonists and animal rights activitists has been given the all-clear by health and safety inspectors who have found that there were no animal welfare issues at the Clabby premises.

The Clabby dog breeders has previously fallen victim to arson and the business was subject to protest  and abuse, following the airing of a BBC documentary ‘The Dog Factory’ in April.

The programme featured the kennels, with conditions described as ‘appalling’ and ‘barbaric’. As a result the third generation family business was the victim of death threats, a bomb threat and an arson attack, which ended in the loss of life of 13 Yorkshire terriers.

A Facebook group calling for the closure of the breeders was also set up and a petition with 12,000 signatures was handed to the Fermanagh and Omagh District Council Chief Executive Brendan Hegarty on April 27.

Following the BBC documentary aired on April 15, a joint unannounced  inspection led by the Client Services Officer was carried out by the Council’s Licensing staff, a Dog Warden and Animal Welfare Staff on 16 April, to ascertain if the  premises were in breach of their licensing conditions and/or Animal Welfare Regulations. The inspection lasted two and a half hours and  examined every area of the licensed premises in detail.  A further unannounced inspection was carried out on April 23 by a Council Dog Warden and a random spot check was carried out on a sample of dogs whose details were traced through the records. Both of these inspections confirmed that conditions at the Clabby premises were satisfactory.

Citing the report from the Environmental Services Committee on May 6, 2015 it states: “The premises were found to be in compliance with the conditions required for the issue of a Breeding Establishment Licence at the time of the issue of the licence in March. The two subsequent unannounced  inspections in April confirmed that all licensing conditions as laid down by  the legislation and guidelines were being maintained.  No animal welfare issues were observed during any of the three inspections.”

The inspection from the council stated that there were no problems in regards to issues raised in the documentary such as; overcrowding, heating, cleanliness and animal behaviour, with all pups inoculated and microchipped.

At the committee meeting it was recommended that no enforcement action be taken against the Clabby dog breeders at this time and that the council  set up a rota of unannounced inspections of all dog breeding establishments in the district in response to public concern.