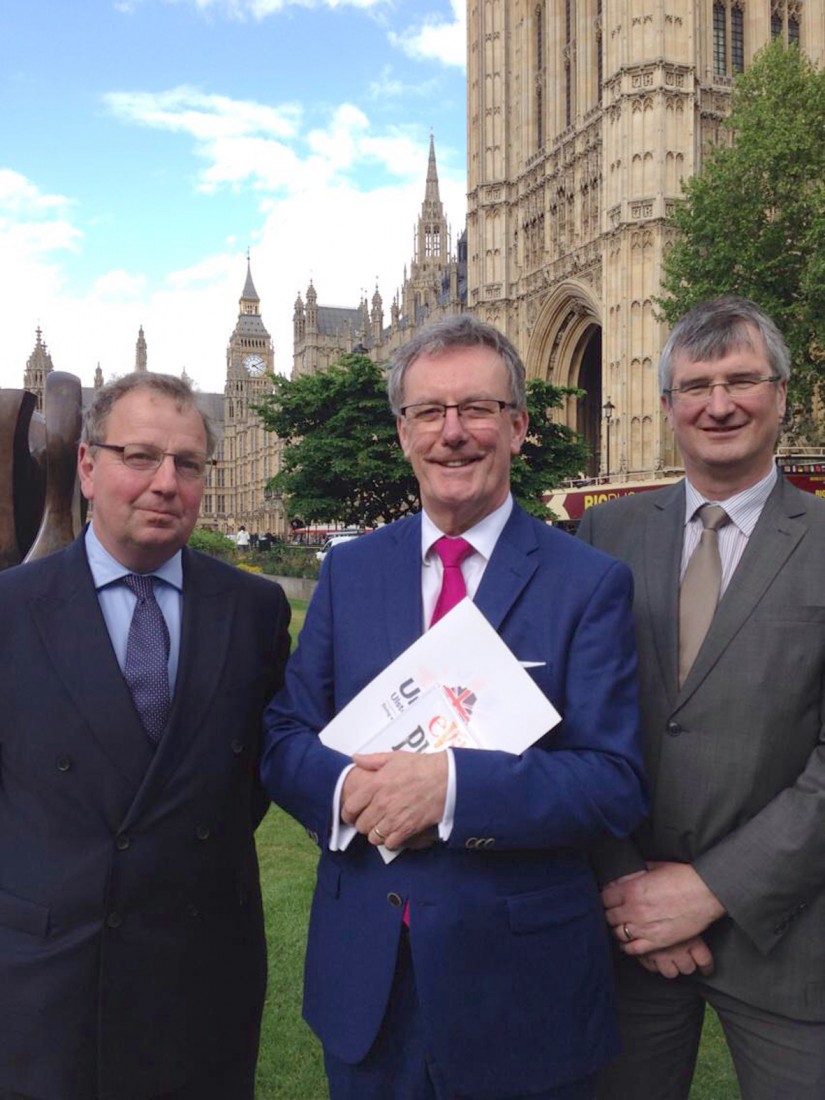 IT HAS BEEN A WHIRLWIND two weeks for newly elected MP Tom Elliott as he settles into his new role in Westminster.

The Ballinamallard man was sworn in today in Westminster as the next chapter in his political career begins.

Reflecting on his election in the early hours of May 8 Mr Elliott outlined the huge outpouring of support following his victory.

“It was enormous in the first 12 hours , I must have got over 1,000 texts alone, Facebook messages, it’s just been incredible, people have been stopping me on the street, calling at the house, it’s really impossible to keep up with it all. But look, the people mean well, obviously it has put them on a high.”

Despite being in his new role just a short time the MP for Fermanagh South Tyrone has already made two trips to Lodon.

The five hour journey which involves planes, trains and automobiles will soon become the norm, with the state opening for the House of Commons next week.

Mr Elliott first made the journey over to Westminster last Tuesday May 12 and explained the trip allowed him a chance to finally take in the significance of his achievements.

“It’s only a few years ago it took me all of two minutes walking out of the house round the yard and  into the milking parlour to start milking so I think that was a major thought running through my head – five hours to get to work rather than two minutes out the back door.

“I started thinking of the context and what it means, not just for me, but for the people. I was very conscious, I’m going here to a place, the mother of parliaments, to represent around 60,000 people in Fermanagh South Tyrone. It is a huge task of work and I suppose that’s the first time since the election I had time to reflect on all that.”

Last Tuesday and Wednesday the new MP received briefings from the various groups within Westminster and learnt the workings of the chamber. While admitting it was “information overload” the Ballinamallard man is excited about the challenge ahead.

“I generally don’t get too excited about things, but you can’t but be excited about the whole prospect of being in Westminster and the opportunity to speak and bring forward issues of relevance.”

Seated one row from the back on the opposition side of the house Mr Elliott was in situ to see the re-election of John Bercow as speaker on Monday. Swearing in of members began yesterday and the Fermanagh South Tyrone representative was to be sworn in today between 11.30am and 1.30pm. The state opening is next week with the real business set to begin thereafter