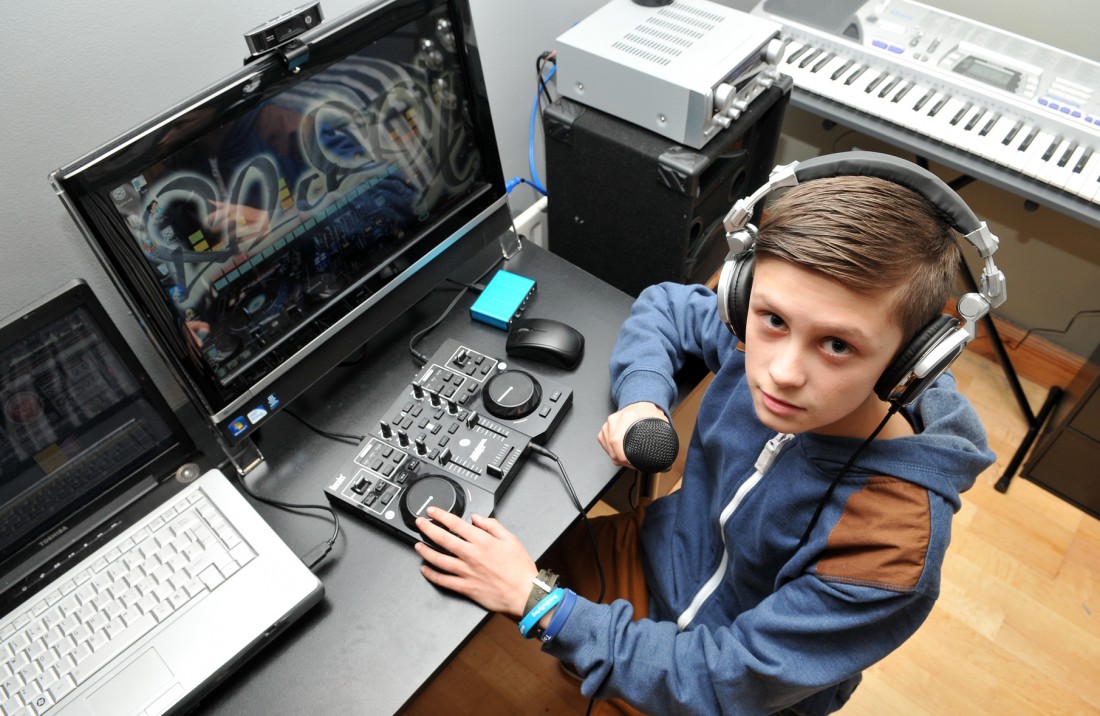 AN ENNISKILLEN schoolboy who has been making waves among internet radio shows and local clubs has been snapped up by not one but two record labels.

Despite his tender age of 15, the self-taught DJ and producer is a regular on Vibe, an internet radio station which is also FM and broadcasts four days a week.

However, the fourth year pupil at Erne Integrated College still puts his homework first and practices everyday after his school work is wrapped up then he’s busy creating music in-between his hectic work schedule.

The Enniskillen pupil has big dreams of playing at major music festivals including Coachella and Tomorrowland.

The teenager said he is inspired by other DJs and gets kicks from seeing other people enjoying the music he made.

He explained: “I have two tracks signed to record labels, called Jungle Records and Dazed Records.

“I have also warmed up Martin Garrix on a radio show. I play every fortnight at Studio 13-17 in Enniskillen and they had a competition called Battle of the DJs and I won it between three other DJs.

“The tracks are produced on my laptop and the software I make them on is called FL Studio. It’s all music at the minute but I’m working at bringing in vocals.

“I get inspired by different think and if I think of a melody in my head I would out that on the software and work on it a bit.

“The Studio 13-17 is a junior nightclub for teenagers. They get around 300 or 400 people going and I have a a guest spot for 45 minutes and play then.
Everyone is out dancing and all seem to really enjoy my work. It feels good just seeing everyone dancing to the music, especially to your own songs and people dance to them it shows that they are actually enjoying it and appreciate your work.”

Some of his biggest fans and supports includes his two younger sisters, brother, mum, Joanne, dad, Martin and step-dad, Lee.

The teenager wants to pursue DJing as a career and hopes to be as successful as Hardwell and Martin Garrix who is rated the fourth top DJ in the world.

“That’s what I would like to do – go travelling around the world with my music. I’ll stay in school until I am 18 and I might just have to wait until the opportunity comes.

“It’s just something I have been doing for a year and I enjoy doing it and when I post my tracks and mixes on the internet and you get good feedback from it and that keeps you going.”

You can hear some of his tracks by searching for DJ Arcade on Soundcloud and Facebook where he has already attracted some 800 likes within 12 months. 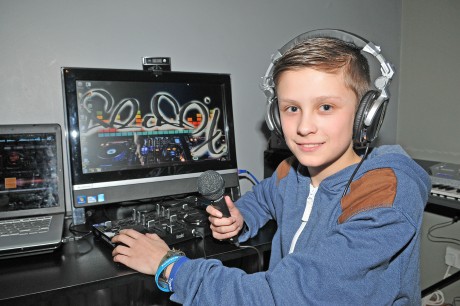 A 14 YEAR OLD Enniskillen schoolboy who has a passion for music is making a name for himself on...