Advertisement
HomeSportGAABarry Owens: Redemption is in reach for Fermanagh
Advertisement 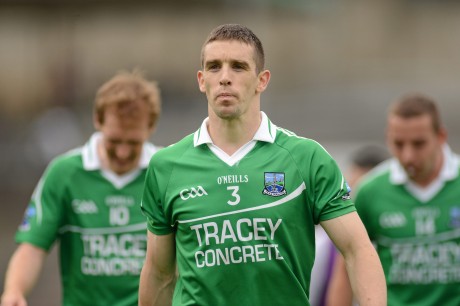 The day that the Fermanagh footballers have been waiting for is finally upon us and all the hard nights put in up at Lissan will feel like a distant memory.

There is usually a good feeling in training in the weeks leading up the Ulster championship. It’s a combination of anticipation and knowing the hard training sessions will be replaced with shooting drills, in house games and Lissan will be vacated for a few nights to get some practice in Brewster park.

Yes a lot of effort would have been put into getting promotion, but championship is always the main aim for any inter-county footballer.

We definitely didn’t take Antrim for granted but when you hear, “You’se will beat Antrim handy enough,” from everyone you meet, thoughts do start to get into your head that maybe it is going to be an easy game.

Being mentally prepared is just as important as being physically fit and being able to block out these comments is vital. Leading up to the championship I used to try and avoid going to places I knew I would end up talking about football so that I could relax and forget about the upcoming game.

I do feel if we had managed to pull off the great escape and snatch a draw at the end of last year’s match, that we would have beaten Antrim in the replay. The loss of John Woods was a major factor as he was our best man marker and I feel he would have done a job on Brian Neeson.

Overall we were a little naïve in our play, we should have adjusted to the flow of the game but we didn’t and Antrim just kept notching score after score.

Our half back line and midfield kept driving forward, but our play was slow and we ended up losing the ball in the tackle and Antrim counterattacked at pace and exploited the space that was left in our defence.

Antrim totally dominated us for 55 minutes, but still we were only a kick of a ball away from winning.

They were playing in a higher league against better opposition and were undefeated until the last league game against Clare, which was a dead rubber game.

Antrim were unlucky not to get promoted from division four and the only teams to beat them were the two league finalists. I don’t think there’s too much separating the top 3-4 teams in division 4 and most of division 3.

Antrim scored 2-18 against us last year and even though Armagh kicked 16 points against Fermanagh in the league final, I can’t see Antrim doing the same damage for a number of reasons.

Firstly they don’t have the quality of forwards that Armagh have, especially with Michael and Tomas McCann, Brian Neeson and Kevin Niblock all missing for various reasons.

Also the more confined spaces of Brewster Park will make it easier for Fermanagh to plug the gaps that were left against Armagh.

Fermanagh have good forwards and with Tomás Corrigan fit, it adds another bit of scoring power to the team. He missed last year’s championship and I’m sure he’ll be chomping at the bit to show what we missed.

I do feel though, that we need to get the ball quicker into our inside forwards. We can be a bit ponderous at times and seem to move the ball laterally instead of forward.

There’s no point in having two of the best forwards in Ulster playing in the full forward line and then not playing the ball into them. The game might not be as exciting as last year but I don’t think Fermanagh will care if they win, which I think they will.