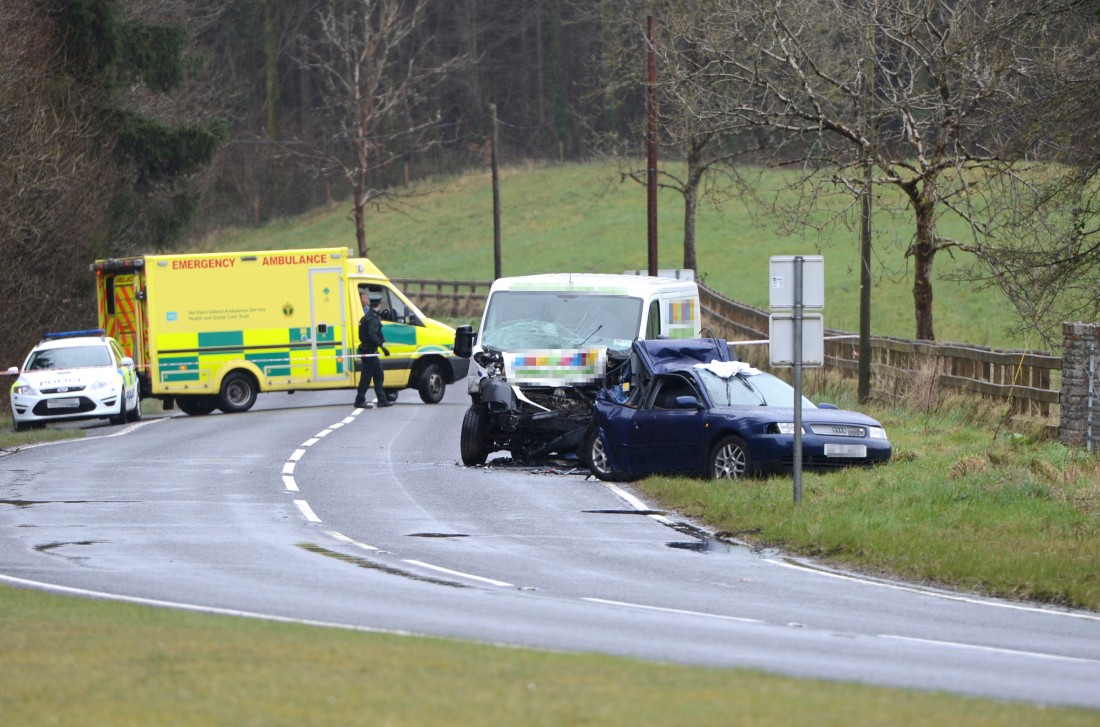 THE LATEST road fatality in the county, the death of an 11-year-old boy last week, brings the total number of road deaths here to six in just six months.

Jamie Foat, from Carryduff, Co Down, died in the Royal Victoria Hospital on Sunday, April 5.
Figures released by police said that in 2014 there were nine people killed on our roads, the second highest policing area after Newry and Mourne. Road fatalities across the North have reached seven since the beginning of April.

There were a total of 291 crashes recorded by police in Fermanagh with 27 seriously injured in 2014. This was an increase on a total of seven killed among 272 crashes in 2013.
So far in 2015, there have been two fatal road crashes in the county and since November of last year, there have been six road deaths here.

On November 20, motorcyclist Brian Lynch was killed following a crash on the A4 between Lisbellaw and Tempo. On December 2, Declan Butler died following a two-vehicle collision on the Wattlebridge Road. On Boxing Day, December 26, 37-year-old Daniel Morris died after, it is thought, his car struck black ice. Two days later, Margaret McVeigh, aged 45 from the Waringstown area, died after a single car crash on the Boa Island Road at around 2pm.

This year, Jamie Nelson died on March 18 following a collision between his car and a lorry on the A4 Belfast Road, Brookeborough.

Constable Trevor Kirk, PSNI, road safety education officer in Fermanagh, said that it was ‘a league table you don’t like to be at the top of’.
“The figures, if you go back the last number of years up until 2013, they were down.
“But since then there’s been a steady climb and last year there was a total of 79, so it’s going in completely the wrong direction and we have to look at the cause or the variable in the whole thing as being driver behaviour.
“As a society we need to be taking responsibility, we can’t be blaming the roads, we can’t be blaming the vehicles, we need to look at ourselves,” he said.
On finding itself second highest in the number of fatalities in the North last year, Constable Kirk said that the rural road network had a part to play.
“I think Fermanagh has always been up there near the top of the figures. You have to question why that definitively is but we’ve got a large rural road network so people maybe do more miles on the road. It takes them longer to get to work, they have to cover bigger distances and the more you’re out on the road, the higher statistically your chances are of being involved in a collision.”

Asked if there were any roads of particular concern locally to police, he said: “I’ve been to fatal road collisions on all sort of roads, be they big broad main ‘A’ class roads on dry afternoons to your wee dark ‘C’ class wintery road at night.
“It has got to come from all of us to modify our behaviour on the roads. We need to remember what we do out on the roads an affect someone else.”