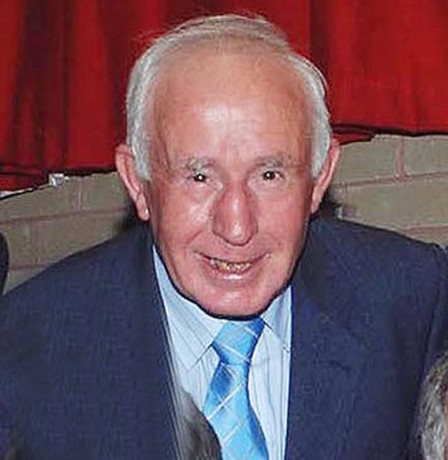 THE death took place, following a short illness, at his home in Irvinestown early on Tuesday morning of one of the ‘greats’ in Fermanagh GAA administration, Malachy Mahon.

He is immediately survived by his wife, Brenda and their five children, Tiernach, Hugh, Fionnuala, Niamh and Catriona, and by his only surviving brother, Kevin (Dublin).
Mr Mahon was a retired principal of the local St Mary’s College and established Mahon’s Furniture in the town which is currently managed by his son and daughter, Hugh and Catriona.
But, his enduring legacy rested in his role as a long-serving member of  Irvinestown Fairs and Markets Trustees, and his commitment to the GAA, as a player for club and county, as an inter-county referee and then as a top tier administrator.
In his time as county secretary, he found the time to file weekly GAA match reports to the ‘Herald’ which have now become a collector’s item as clubs compile their histories.
His son, Tiernach, currently a member of the Fermanagh Referees Committee, described his father as ‘local community minded’.
“He wanted to see everybody in the town doing well and doing better. His heart always lay in Irvinestown, not only the fabric of the town but the people of the town.”
He explained that, for the past number of years, his parents had a house in Rossbeg in Donegal and, for the past five years, his father had been negotiating with the British Museum for the return of St Conall’s Bell to the county.
“On 15th July this year, the bell would have been coming to Portnoo (in west Donegal) but, unfortunately, he didn’t live to see that happen.”
Mr Mahon was one in a family of 11 of whom Kevin is the only survivor. Those deceased included three priests, Vincent (Mahon’s Hotel), Dr Des, Don, Vincent, Nora (McElholm) and Eileen.
In a tribute, Tom Boyle, the secretary of the Fermanagh County Board, said he had learned with great sadness of the death of ‘our former County Secretary and Ulster GAA Uachtaran, Malachy Mahon’.
The funeral took place at 11.00am in the Sacred Heart Church, Irvinestown. Burial took place at the adjoining cemetery.