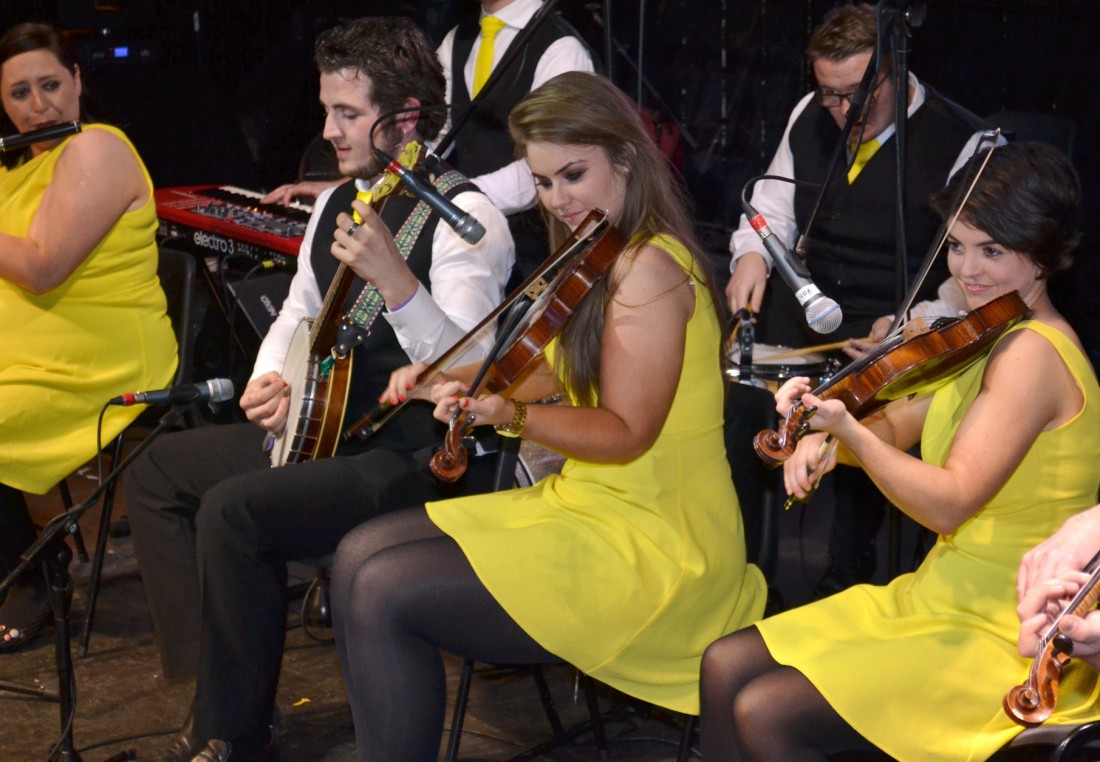 Members of the Knockmore Ceili Band doing what they do best

SINCE WINNING the senior all-Ireland ceili band at the country-wide fleadh in August, it has been an exciting couple of months for the Knockmore Ceili band.

Including talented musicians from across the county, the band are the first to win this title from the county since 1985.

The band is led by Maggie Maguire from Boho – and features six members from Fermanagh, with the rest, four, from Tyrone.

Reflecting on the night itself, Maggie said: “It was absolutely amazing. It was a great achievement and something that the ten people involved put a lot of hard work and commitment into.”

Between them, the musicians hold an impressive number of accolades and as well as performing across the country with the band, they have been doing so as individuals too.

“We’ve had load of concerts throughout Fermanagh and in Northern Ireland and Ireland,” Maggie went on.

“As individual musicians we all have that behind us as well.

“Mostly because we had such a massive following over the years everyone is delighted and happy that we have achieved winning it. People who weren’t able to meet the actual competition have been able to see us.

“The other thing is because we had performed a lot, and it was recorded on TV, others go t to hear us. It’s been rewarding for us.”

She concluded: “It’s not easy for the guys to get to the practices all the time, so it really acknowledges the effort and the commitment that.”