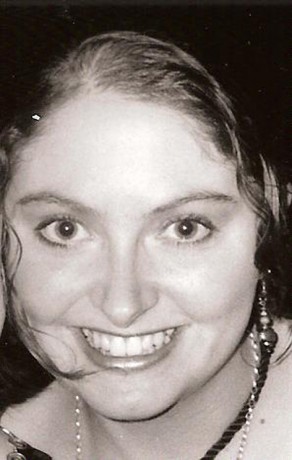 THE TRAGIC sudden death of Derrygonnelly woman Clare Swift, 37, has brought back memories of that of her late father Kevin who also died young of a heart attack.

Emergency services attended when Clare had suffered heart attack on New Year’s Day, Thursday past. She was brought to the South West Acute Hospital where she died.

Her cousin, Bernice Swift, described her as a ‘very bubbly person’, who ‘always welcomed everyone with a great big smile and a hug’.

“The entire Derrygonnelly area and all Clare’s friends from right across the globe are totally shocked and saddened at the terrible suddenness of her untimely death,” said Bernice, “People really cannot believe that someone so young and vibrant could be taken so quickly.”

“When the tragic news became known, people hit the social media to check could this even be true and immediately poured out their sincere condolences to the family expressing their total sadness at the loss of such an outgoing, lovely young woman.”
Clare’s death, Bernice explained, is a tragic parallel to that of her father, Kevin, who also died young of a heart attack.

“Clare’s father Kevin died also with a massive heart attack at 45 years of age, a tragedy of which the young family probably never got over,” she said, “Clare’s sudden death on top of this has plunged them into sorrow once again.”

A past pupil of St Patrick’s Primary School, Derrygonnelly, Clare later attended Mount Lourdes, and thereafter Liverpool University where she graduated in Psychology and Sociology.

She worked in England, Dublin, Clare and Limerick and on returning to Fermanagh she worked in both health and legal administrative positions before recently becoming a full-time carer for her mother.

Along with her full-time work, Clare and her fiancé Pete, volunteered at Bright Eyes Animal Sanctuary where her love of animals, especially the unwell animals were cared for with all the love Clare brought to this role. Clare was engaged to her fiancé Pete and were happily together for the past 17 years.

Bernice continued: “Her outgoing and very friendly personality, along with her spontaneous laugh was heart-warming and endearing to all who met her. Clare was a very independent and easy-going individual and she made time for everyone, she wasn’t one for the serious side of life preferring to be free-spirited and happiest when she was caring for the animals especially her own much-loved pets and playing with little children.”