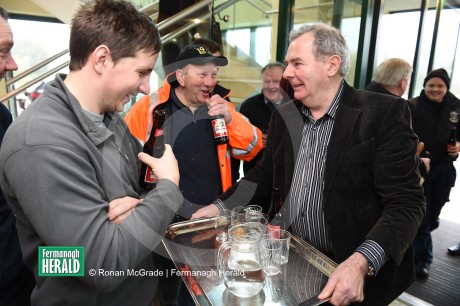 ‘IT’S LIKE Saddam Hussein coming off the plinth in Baghdad’, quipped one bystander as the old Aventas sign was prised off the side of the former Quinn headquarters at Gortmullan by a group of workmen perched on the end of a cherrypicker.

And sure enough, when the sign was duly broken up and set on fire, while a few of the lads danced a jig around the flames, it did put you in mind of some fuzzy video clip of the Stars and Stripes going up in smoke in some Middle Eastern hotspot.

‘Just a bit of letting off steam,’ we were assured, and soon it was down to business with the new men at the helm of Quinn Industrial Holdings meeting local media on what was for them a momentous day, the day that much of what was the Quinn Group formally changed hands with the old management returning to their seat of power on the Teemore/Ballyconnell border.

But the morning would not have been complete without the presence of one man in particular, and sure enough his arrival was greeted by a mighty roar downstairs in the main lobby.

‘That would be Sean,’ smiled one of the directors. And indeed it was.

A man who in his prime might have been used to being waited on, was carrying around a tray laden with large whiskies and bottles of Budweiser, doling them out to his former employees.

Sean Quinn certainly hadn’t lost his common touch and although he wasn’t saying a lot, his benign smile said it all – this was a day the Teemore man might have feared would never happen.

But the morning’s drama wasn’t over quite yet – next up, the arrival of the police – five carloads of flak-jacketed officers in unmarked vehicles and in no mood for pictures or comments for the press.

It wasn’t clear why they had called – or who called them out – but from a community relations perspective it didn’t seem the smartest move by the PSNI.

After all the bitterness, the bad feeling and uncertainty over the last few years, the message coming out of Quinn country was that a line was being drawn under the past and that the team at the heart of the old Quinn Group was very much back in business.

SEAN Quinn returned to his former manufacturing empire today (Tuesday) which has been bought by a consortium group made... 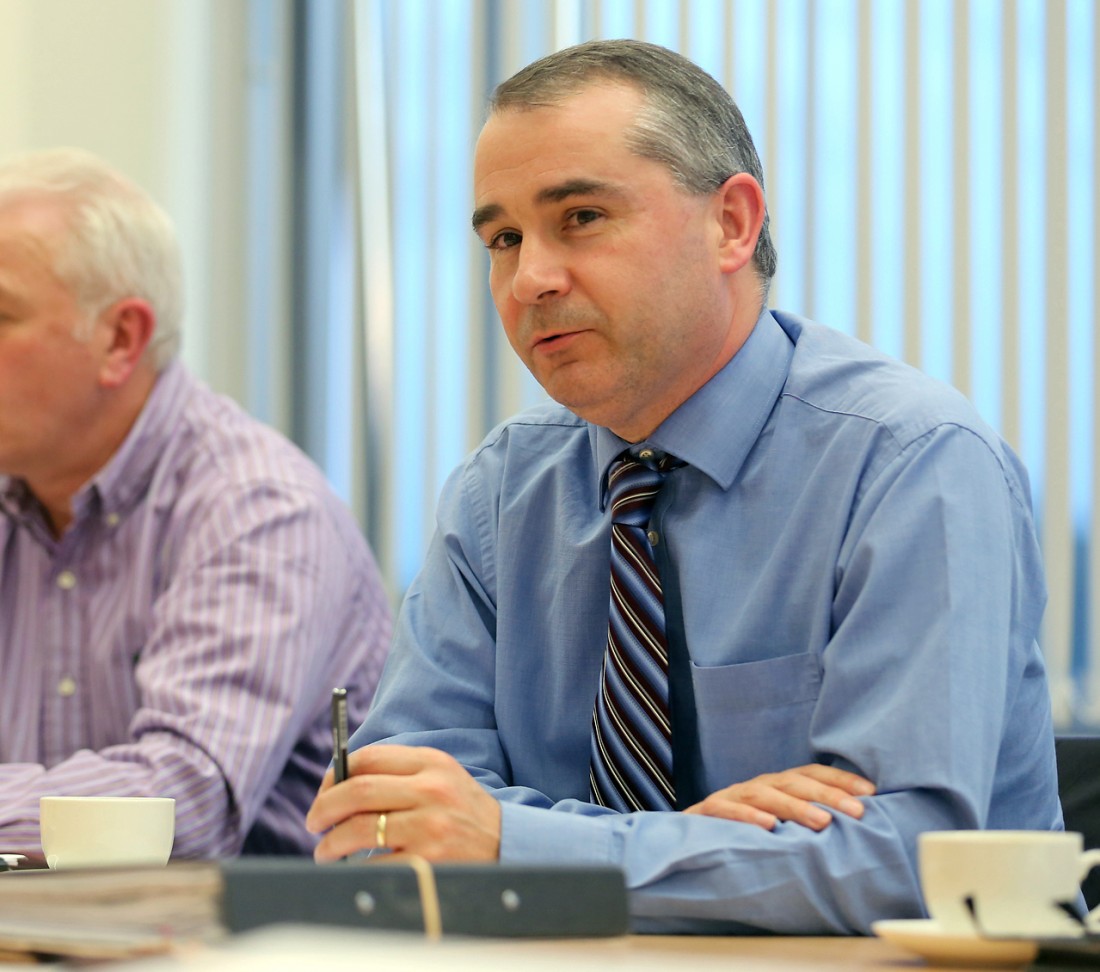 Ex-Quinn team: It’s good to be back

ON Saturday week, November 29, it is hoped that the former Quinn Group, now Aventas, will be part... 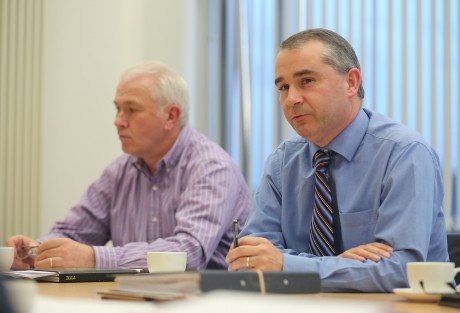 BREAKING: Quinn Group back in local hands ‘early next month’

THE FORMER Quinn Group is set to be back in the hands of local ownership by early as next...