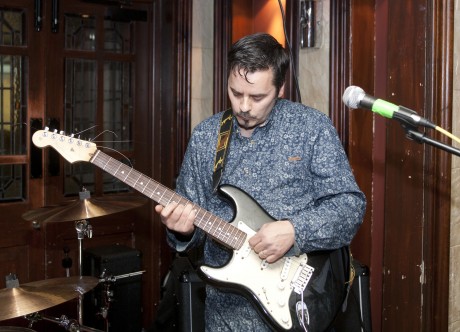 CLOSE TO £1,000 was raised on Saturday night at a benefit gig for the Motor Neurone Disease Association in Blakes of the Hollow.

On stage in the Atrium Bar were Bronagh Broderick, Conor Phillips, 100 Forests, Golden South, Aaron Wilson and Ashley Robinson; while in Level 7, there was Sidewalk Boogie, Part-time Pilots, Atticus Finch, Attack The Day, and Most Likely All Of A Sudden.