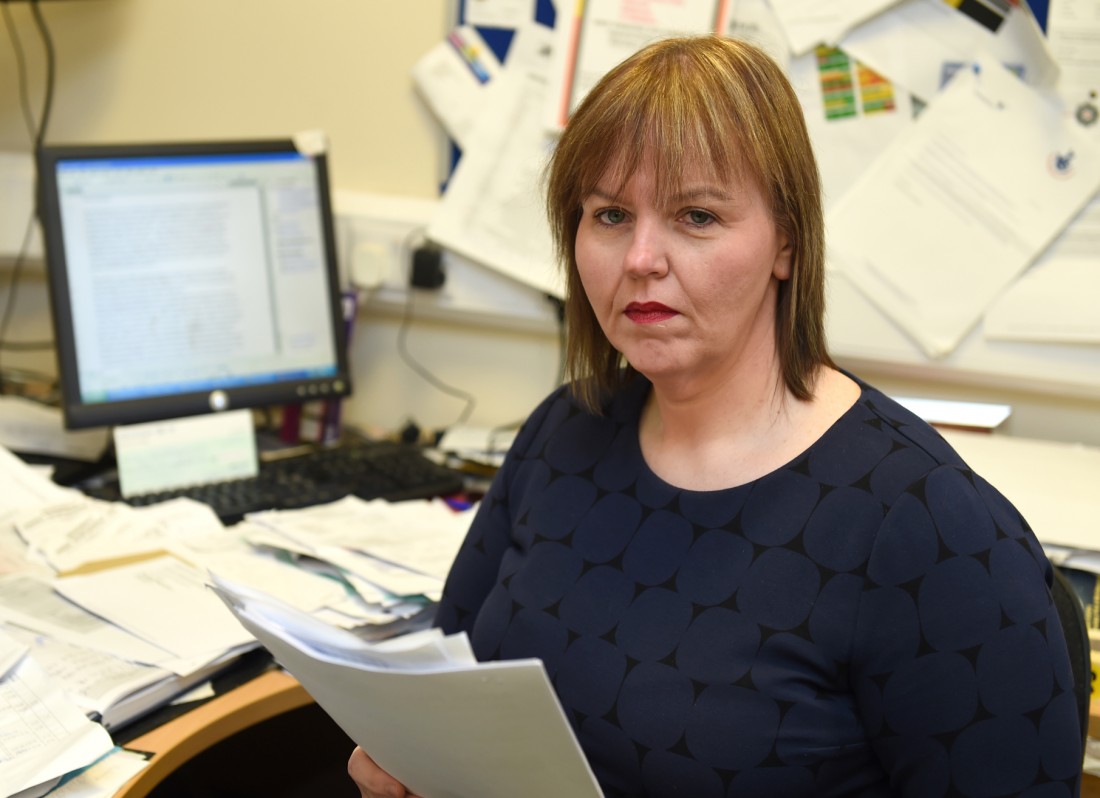 Una Lilley is not happy with her rates charges.

A LOCAL business owner has hit out after it was revealed that her businesses’ rates could rise by as much as 70% in 2015.

Land and Property Services has re-valued non-domestic properties across the North meaning that ‘new values’ will be used to calculate rates bills from April 1 of next year. This means that ratepayers will be paying based on their 2013 rental value – as opposed to the last evaluation which was back in 2001.

And while some businesses – including in Enniskillen town centre – are set to benefit from the revaluation, a forecourt owner here has said that there is uproar among that sector of the business community.

Una Lilley, of Lilley’s Centra, on the Shore Road Enniskillen, said that upon first seeing the figure attributed to her business in the new evaluation as an ‘insult’ adding that if the increases stay in place across this sector that petrol stations will be forced to close.

“For my business it translates as a rise of 70% or in money terms an increase of £11,000 to a bill that is already significant,” she explained.

“It was laughable at the beginning because you think of all the years you have spent cost cutting, reorganising staff, getting more competitive deals from suppliers – in order to make the business work and then overnight without any recourse someone has the power to add 70% to one of your overheads.”

She went on: “I know people look at this petrol station and think it’s a gold mine. They see lots of people come and go and they think we’re raking in the money.  The reality is very different from that and few people except petrol forecourt operators and maybe their accountants and bank managers understand that.

“Don’t get me wrong I am very grateful for the number of customers that come through my doors and we have managed to make a success of our business but it has taken brave decisions and a significant amount of investment and personal risk and a lot of very hard work.”

Ms Lilley said that at her business, if the 70% increase goes ahead, there will be job losses, and hours cut.

She added that for her peers it is the difference between profitability and non profitability: “They cannot survive. Can you imagine being told that the interest in your mortgage was going to rise by 70% overnight with no capacity to do anything about it? What would that do to the family budget?”

“As a business sector without exception we are carrying an unfair portion of the rebalanced rates revaluation and the picture is repeated throughout Northern Ireland.”

Mrs Lilley said that she has begun contacting other forecourt owners to inform and build resistance to the changes – as well as local elected representatives.

She said that businesses have no right of appeal until the changes ‘go live’ – and if successful the businesses will qualify for a back payment.

“A back payment is no good to you if your closed because you simply can’t afford to pay or the bank has pulled your facility with them because you are exceeding your overdraft in order to pay.  I am demanding intervention and action by our representative bodies. As a business sector we need to mobilise and join together to let our politicians and MLAs know that this is not acceptable and we simply can’t and won’t tolerate it.”

The Fermanagh Herald contacted the Land and Property Services for a response, however, had not received one at the time of going to press.