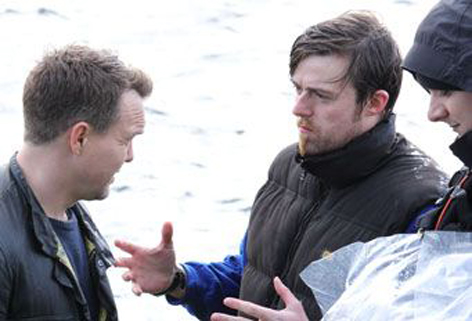 AN ENNISKILLEN filmmaker is going to the Oscars.

Brian produced the short film, ‘Boogaloo and Graham’ and on Friday past it was revealed that it is also in the running for a British Academy of Film and Television Arts award (BAFTA).

The film is set in 1970s Belfast, and directed by Michael Lennox and Ronan Blaney, and follows ‘two young boys as they discover the facts of life aided by the help of their pet chickens’.

Starring Martin McCann (The Survivalist, Jump, Whole Lotta Sole), Charlene McKenna (Jump, Ripper Street) and Jonathan Harden (Five Minutes of Heaven, Fifty Dead Men Walking), the film was also supported by the Arts Council of Northern Ireland and the British Film Institute (BFI). The film was made in April of last year, and had its international premier at the Toronto International Film Festival.

“It’s absolutely amazing,” Brian told the Herald when he had previously made the ‘long list’, “It probably hasn’t sunk in or will not sink in. It’s proved itself to be as good as people hoped for, there was such an amazing buzz around it.” The Oscars will be televised on February 22.

Another Fermanagh filmmaker, Stephen Fingleton, had also made the long list for the same category with his film SLR.