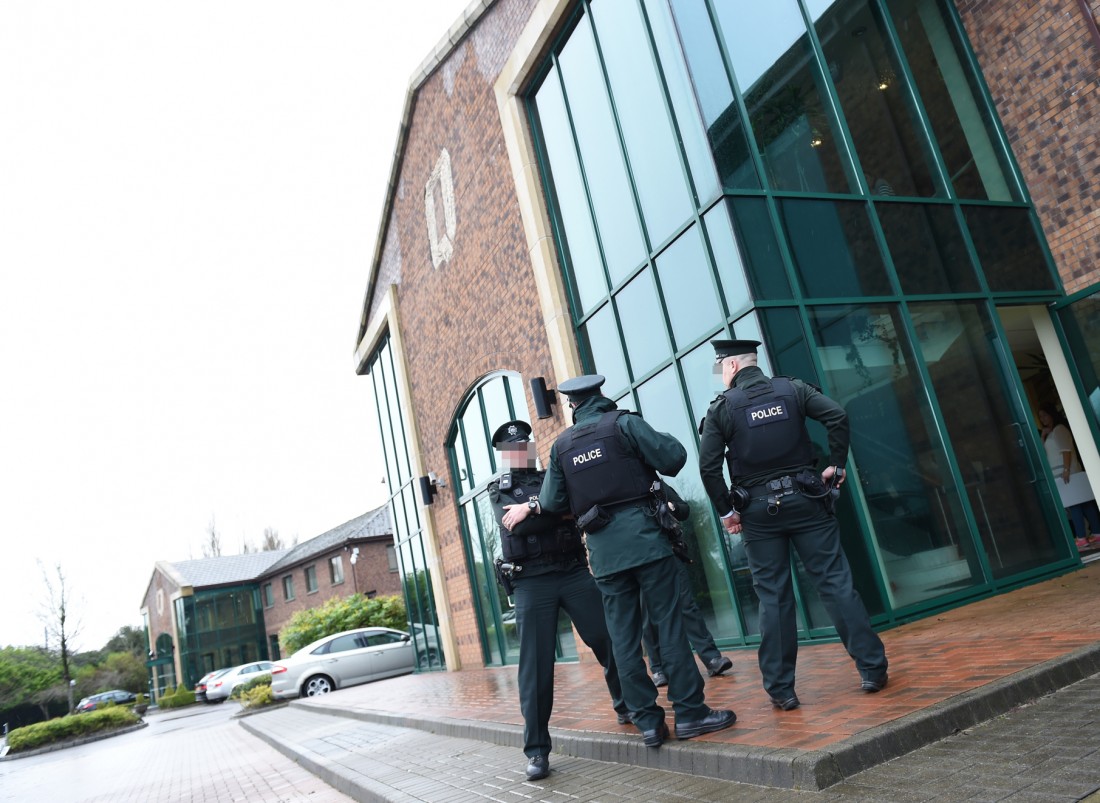 Police stand guard outside Quinn headquarters after being called to the offices. Up to five police cars were at the premises.

THE HEAVY  POLICE presence at the former Quinn Group headquarters in Derrylin on Tuesday last,  has been heavily criticised  by one local councillor who told the Herald there was ‘no need’ for the saturation of officers on the day Sean Quinn returned to his former headquarters.

While staff celebrated the return of Sean Quinn and the new Quinn Industrial Holdings management team at Gortumllan, just a few yards from the Cavan border, a large number of PSNI officers arrived. Five unmarked police vehicles were seen at the Gortmullan site and the PSNI said later that they were responding to a call from ‘security’ in the area who had contacted them over alleged criminal activity.

The PSNI said that when officers arrived however, they discovered no criminal damage and were alerted to the fact that new staff of a new company were moving into their new premises. They subsequently left the area.

Local Independent councillor Bernice Swift admitted it was a bitter sweet day for her. On the one hand she was delighted with the return of Sean Quinn who she stated will “no doubt will play a major role in ensuring jobs and prosperity will return to the region”, but on the other she was disappointed at the police souring celebrations.

“There was no need for the saturation of police presence at Quinn HQ last week. The question I will be asking is exactly why PSNI were allocated to the Quinn workplace and under what legislation?”

“The people of this area are only too well aware of the one-sided, heavy handedness of the security forces who have always failed to investigate actual criminal activity in this area. This incident is just another example of complete incompetence by the PSNI of which I shall be forwarding a demand for investigation to the Police Ombudsman forthwith,” she added.