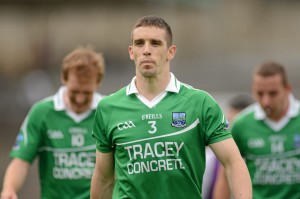 ONE OF THE GREATS…Barry Owens

As we come to the end of the year it is high time we handed out some alternative awards. To those who inspired, frustrated and downright confused us during the course of the season. And we begin with the latter.

The ‘are you really saying these words’ award – Pat Spillane
Pat Spillane was in fine form after the All-Ireland final win for Kerry. On the Sunday Game he spoke about how, ‘Systems are there to be found out.’ He was referring of course to the fact that Donegal had been beaten. He also said that the, ‘Cream always rises to the top.’ It was an incredible performance. Listening to it one can only conclude that Spillane is a master actor or that he is so far removed from what it takes to win at inter-county level in the modern era that he is simply lost in a fog of nostalgia.

Kerry played with two different systems over the last three games of the All Ireland series and they were hugely tactical in everything that they did. Had they not played with different systems and had they not deployed a mountain of tactics they would not have made a final let alone win it. So, Pat it wasn’t a case of cream rising to the top. More like if you can’t beat them join them. And boy did Kerry join the party.

Performance of the year – James O’Donoghue
The winner of this award copper fastens the point from above. Imagine growing up in Kerry. Imagine growing up in Kerry as a corner forward. Imagine having the season of your life. Imagine being close to unmarkable and shooting the lights out in every game you play. Imagine the excitement of the build up to your first All-Ireland final. Imagine how you want to play and perform on the biggest day of them all. Now, imagine your manager asking you to sacrifice yourself for the team. To come out and play around the 50. To occupy two or three defenders with your movement. Imagine saying yes immediately because you want to do whatever it takes to win.

James O’Donoghue’s performance in the All-Ireland final was brilliant because it went against every basic instinct in his footballing mind. It was mature, unselfish and a perfect example of how tactics and systems are now the most important facet in GAA.

The democracy at work award – Liam O’Neill
The GAA likes to portray itself as this grass roots democratic organisation but the reality is that in recent times it is moving further away from this ideal. Increasingly it seems that less attention is being paid to what ordinary members of the association believe.

At the very top level administratively there is almost a feeling of annoyance with those elsewhere in the association who perhaps advocate change or a different path. One such recent example came from President, Liam O’Neill who declared that the, “National League is not for sale, it can’t be… it is an important competition, it is important for the counties because it is the sorting-out process as to where you are.”

Of course the President is entitled to, and indeed should have, a view on important issues. O’Neill’s words came on the back of comments from Dublin manager Jim Gavin who eloquently argued that the league could be scrapped. O’Neill brutally dismissed Gavin in a show of Presidential infallibility. I happen to agree with O’Neill on this issue but the borderline arrogant nature of his dismissal of Gavin’s point of view betrayed an attitude among those that run our games that they know best and that the rest of us should know our place.

The ‘thanks of the memories’ award
Well, he came he saw and he conquered. Jim McGuinness walked into the sunset after four years at the helm of Donegal having utterly changed the landscape of football. Derided in many quarters this column always argued in favour of McGuinness’s brilliance. There was far too much hyperbole surrounding the way Donegal played.

The fact remains that McGuinness had to completely change the mindset of a group of players who had achieved next to nothing. Their hammering at the hands of Armagh in 2010 was a low point for many in the county. McGuinness did a remarkable job.

I thought he was particularly heavy-handed with his dealing with Kevin Cassidy, but the stark results speak for themselves. The word genius is bandied about too much but in this case it is apt. McGuinness is a managerial genius.

The ‘we were privileged to see you award’s
Fermanagh has been blessed by some fantastic footballers over the years and in 2014 we saw the inter-county career of perhaps the best we ever had come to a close. Barry Owens, pictured below, retired after a 13 year career with Fermanagh.

A player who for a three or four year period was the best full back in football. Injury robbed him of his dynamic brilliance as a defender but the fact that he reinvented himself and continued to be an inspiration to all who wore and followed the green jersey is perhaps his biggest legacy.

Owens showed class both on and off the pitch and now he has retired from the inter-county game Fermanagh need to harness his ability in some other capacity in order to lift our future generations to the heights he so often attained. Cheers Barry. But don’t get too comfortable. The county will be calling again soon.