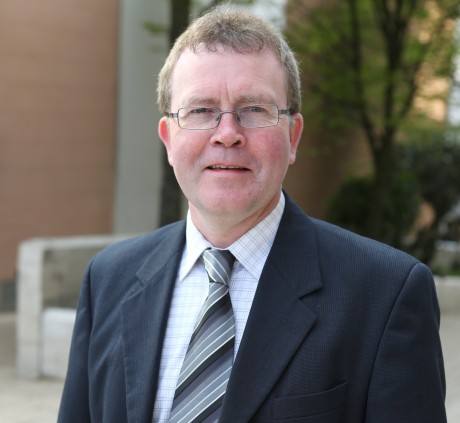 A HEATED debate erupted in the council chamber between a  Sinn Fein councillor and a former party member  on the subject of cuts.

Independent Bernice Swift criticised Sinn Fein locally for their role in opposing welfare cuts through a motion and the party’s role in agreeing the budget in the Stormont Executive.

“Over the course of recent months some Fermanagh Sinn Fein councillors have engaged in a campaign of hypocrisy, lies and deceit by promising voters they would fight Tory cuts against the working class and vulnerable people of this county.

“For the purposes of duping the public they presented a hard-line image of a party fundamentally at odds with the ruling British establishment in an attempt to hide what simply amounts to a complete political failure on their behalf.

“By the close of business last week at Stormont it became official that Sinn Fein and the DUP, at the behest of their political masters at Number 10, agreed to impose up to £850 million worth of cuts. David Cameron must be laughing up his sleeve.”

She continued: “These cuts haven’t even included welfare reform so where is county Fermanagh going to stand on that?”

Speaking at a recent council meeting Cllr Swift said the behaviour of the party was ‘shameful’.

“Since nobody has the decency to resign on this shameful matter an apology at the very least should be provided to the people of Fermanagh.”

SDLP councillor Frank Britton said the impact of these cuts would be “devastating, no two ways about it.”

“It’s going to hit every one of our public services and our new council when it comes in.”

He spoke of the reliance on public sector jobs and the impact the cuts could have on employment and the local economy.

“The taking out of any public service jobs will have a marked and potentially significant impact on the local economy.”

He stated that much of the cuts could have been averted had they been phased in over a number of years and added:
“It is important the people who put us in this position answer to the people of the county for what they have done. They’re leaving us in a very difficult situation.”

Sinn Fein councillor Sheamus Greene said he and his party opposed the Tory/Lib Dem cuts, but had to make the make ‘the best of a bad lot’ after the block grant was cut. Mr Greene then said that councillor Swift when voting on the rates had agreed to a number of young people’s jobs in the council being cut. “Maybe she should reflect on that,” he added.

Councillor Swift asked had a response been received on the motion sent to Stormont opposing the cuts and acting chief executive Robert Gibson confirmed none had been received.

She expressed her anger at the development and further referenced the fact Sinn Fein agreed to these cuts. “The lies and deceit will not go unnoticed.”