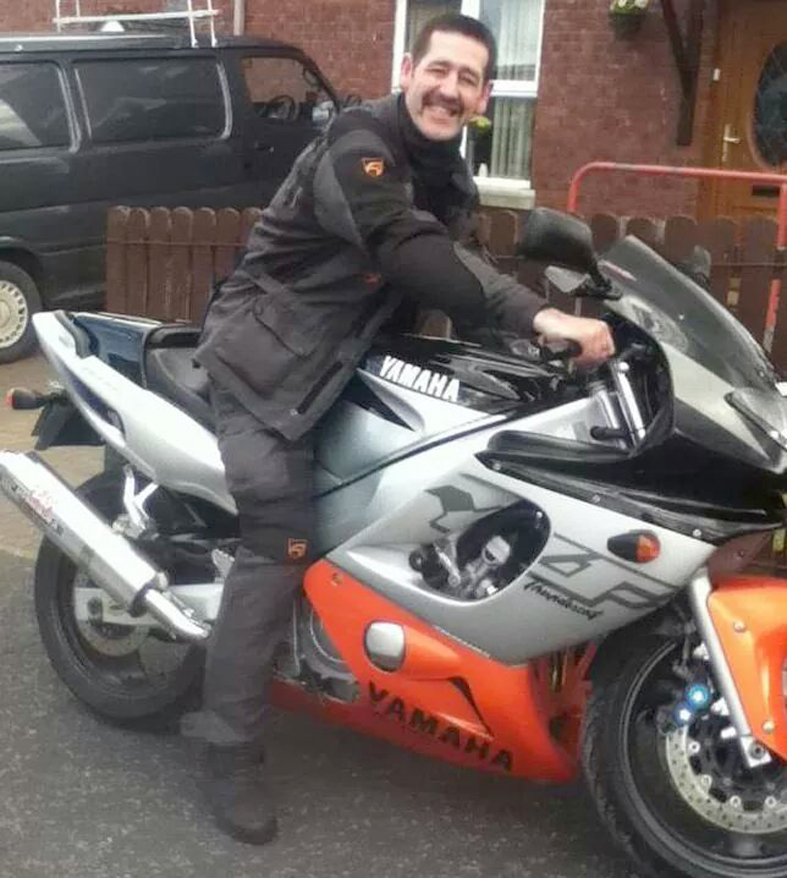 Brian Lynch is fighting for his life

THE FATHER of four critically injured in a horrific road accident near Lisbellaw is still fighting for his life at the Royal Victoria Hospital in Belfast.

The crash took place on Saturday evening on the main Enniskillen to Belfast A4 between Tamlaght and Lisbellaw.

Brian Lynch, 46, lives in Enniskillen, was driving a motorcycle on the main A4 road to Belfast between Lisbellaw and Tamlaght, when his motor cycle collided with a blue coloured Vauxhall Vectra shortly before 4.50pm on Saturday.

Police confirmed that he was taken to hospital for treatment for his injuries, which are described as ‘critical’.

It is understood that he was transferred to the Royal Victoria Hospital in Belfast on Sunday.
Senior Investigating Officer, Sergeant Keith Hicks said that he had sustained ‘chest injuries, slight trauma to the head’, but mainly on the ‘upper torso’. He was initially taken to the South West Acute Hospital.

Sergeant Hicks also said that it is thought that the crash occurred following an overtaking manoeuvre.

A friend of Brian’s said that all who know him are praying for his recovery.
Doreen Mullan, centre manager at the Westville Family Resource Centre, who has known Brian for eight years explained that she had seen him earlier that day.

“We were bag packing in Dunnes on Saturday for Not So Strictly Come Dancing final on Thursday. That was probably about two or 3pm. He put money in the bucket and said he’d see us on Thursday evening.”

Doreen didn’t hear about who was involved in the crash until Sunday evening.

“I knew that there was an accident but I didn’t know who it was. When I was told I was absolutely shocked. I just cried. I just hope he’s OK. I’ve been up in the middle of the night praying for him – I don’t know what else to do. I’m sure his children are very upset.” She went on: “Brian is the kind of fella that no matter what happened he always has a smile on his face.

“He told me the story about why he got a motorbike. He said ‘I decided I’d worked hard, I’d always wanted one, my family was OK and I went and bought the motorbike – I just feel so alive when I’m out on it’.”