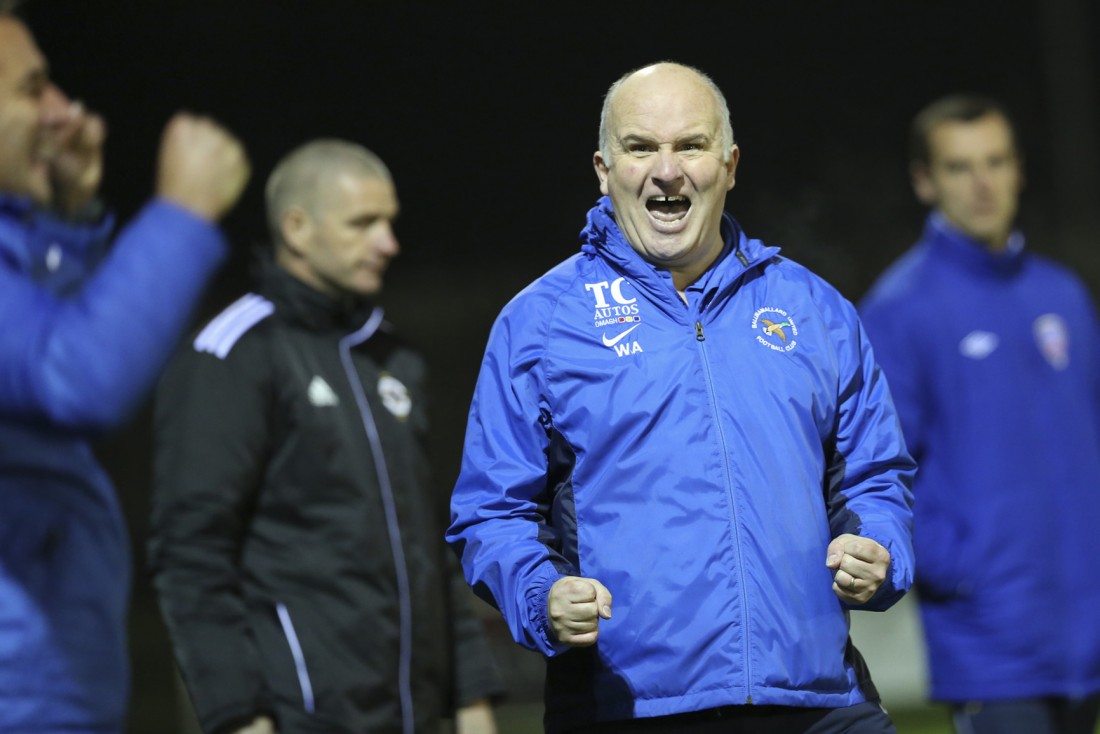 Goalkeeper Stefan McCusker was the penalty hero for Ballinamallard United making two excellent stops to put his side in the Wasp Solutions League Cup semi final for the first time.

Ballinamallard opened the scoring after 14 minutes with a Johnny Lafferty shot which crashed in off the Glentoran crossbar.

Glentoran levelled midway through the second half when McKee’s long range effort was spilled by keeper McCusker and Curtis Allen was on hand to net.

In the penalty shoot-out though McCusker was the hero,  saving Glentoran’s first two spot kicks, while the Ferney Park side netted through McCartney, Lafferty, Foy and Martin.

Manager Whitey Anderson was delighted for everyone at the club.

“Our keeper made two outstanding saves in the penalty shoot-out and it’s great to be in the semi final.

“Now we’ll give that game a real go and see if we can make the final and you’ve got to dream now,” he said.