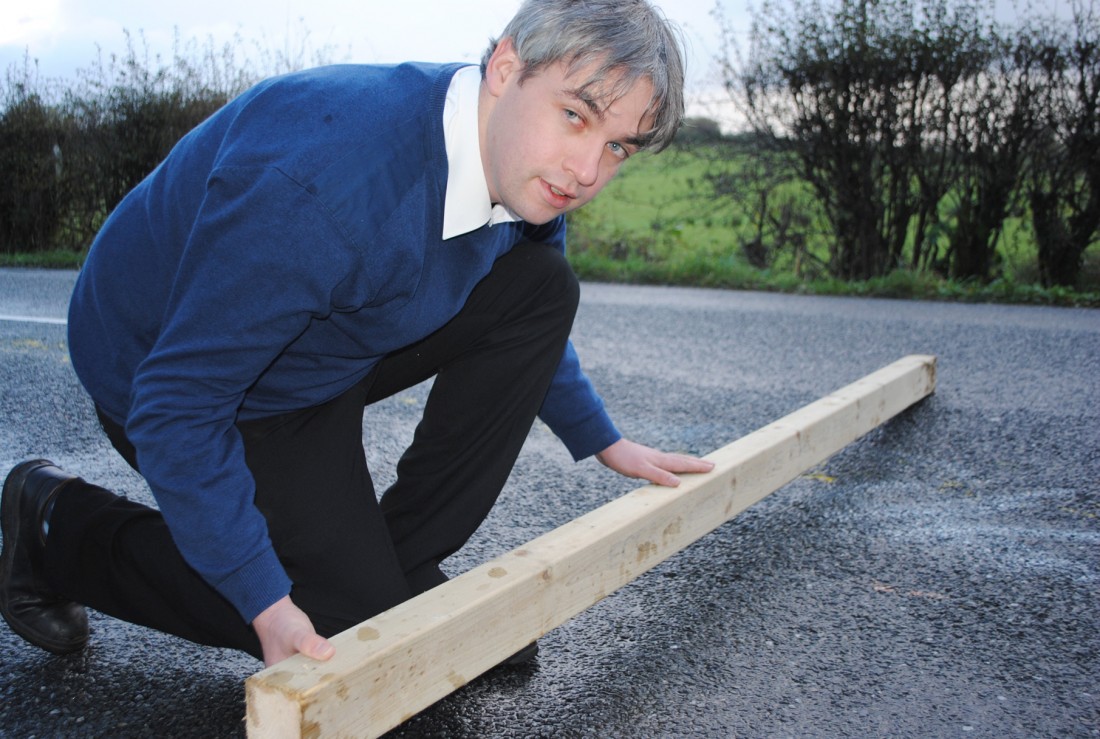 Councillor John Feely shows the poor state of the roads.

A LARGE dip in the surface of a main stretch of road between Belleek and Garrison is causing a headache for local motorists, according to a local councillor.

Sinn Fein councillor, John Feely, has expressed concern of a stretch of the Brollagh Road, the main road from Belleek to Garrison.

Cllr Feely said, “A lot of locals know it’s there and have realised how bad it is. It can do a lot of damage on a dark night if you maybe decided to overtake. It’s an accident waiting to happen. Overtaking in either direction would be dangerous because you could turn into the hump.”

He said that he has contacted Roads Service who have acknowledged the problem.

“At the minute it’s putting things back a bit because of the budgetary constraints. I don’t know if they’re taking it as serious as the locals are.”

A spokesman for the Department of Regional Development said: “We are aware of this depression (or slunk) and have it programmed for repair within the next three to four weeks.”