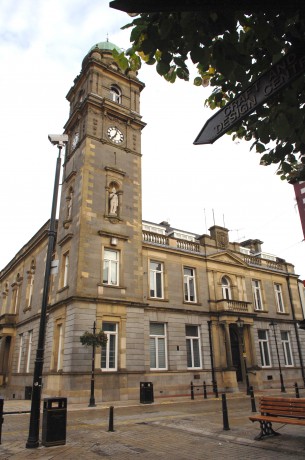 FERMANAGH District Council has called on Peter Robinson and Martin McGuinness to ‘re-engage’ with the British government about welfare cuts.

Sinn Fein member, Barry Doherty referred to a report carried out by a team at the University of Sheffield which, he claimed, suggested that up to 1,800 people in Fermanagh on incapacity benefits could each lose £275 a month.

He moved a Sinn Fein motion which called on the council to express its total opposition of, ‘Tory welfare cuts’.

The use of the word, ‘Tory’ angered the UUP’s Alex Baird who described the term as, pejorative’. He claimed the SF motion was irrelevant.

“This council has no remit or ability to affect change in relation to welfare reform”, he suggested. “We can debate issues like Gaza, the price of milk or even if there is a man no the moon, but we have no powers or means to implement.”

He said the UUP members would be abstaining in the vote.

Debbie Coyle, who seconded the Sinn Fein motion, said the opposition against the cuts was widespread.

“We took signatures at the Diamond from people who didn’t vote Sinn Fein, but still signed the petition.”

Ms Coyle, a trained welfare rights adviser, quoted the cases of three women who came to her within the past 10 days to ask her where the food bank was.

“One had a child with a disability who had a hospital appointment in Belfast and she didn’t have the money to travel, or food. She told us if she had a food parcel, she could then take her child to Belfast.”

In the course of the debate, there were two amendments moved, one proposed by the DUP was rejected as it was a direct negative of the Sinn Fein motion.

The second amendment was moved by the SDLP’s John O’Kane. It ran along similar lines to the SF motion, with the word, ‘Tory’ deleted.

It was the one that was eventually passed, by 12 votes for to 4 (DUP) against, with 6 (UUP) abstentions.

It read: “That this Council is totally opposed to the imposition of welfare cuts which do not take account of the particular circumstances here and would have a devastating impact on the most vulnerable in our society, including working families, the poor and people with disabilities.

‘And, that this Council writes to the First Minister and deputy First Minister to outline our opposition accordingly and urges them to jointly re-engage with British Government to have them reversed.”

Mr O’Kane also referred to the impact of the cuts, the £87m penalty incurred by the NI Executive in not implementing the cuts, and the loss to the NI budget of £200m by March next year.

The UUP’s Raymond Farrell one of a number of councillors who claimed that Martin McGuiness, the deputy first minister, ‘had the rug pulled from under him’ by his party leader, Gerry Adams as he was about to agree the cuts.

“We had a situation where, it seemed, we had agreement and then suddenly, that changed.”

Councillor Bernice Swift suggested that a Bill of Rights, as promised in the Good Friday Agreement was needed.

“It’s pathetic we seem to be cherry picking the type of cuts that are being foisted upon us.”