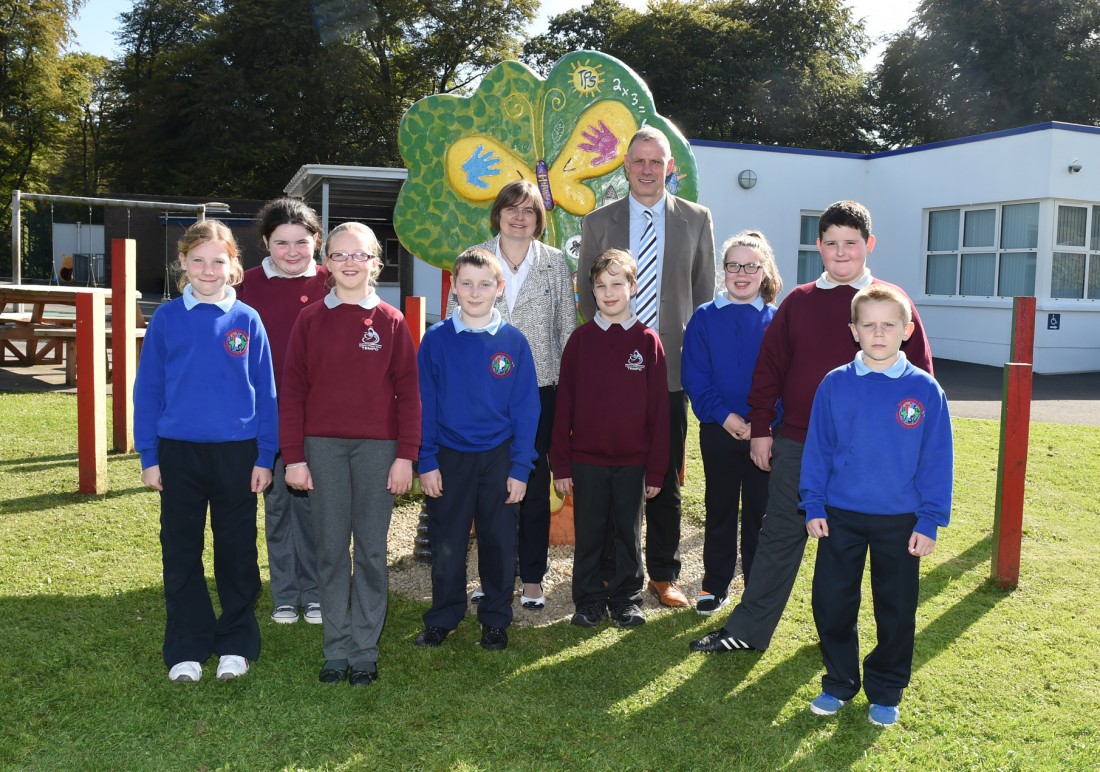 IN A MAJOR funding boost the Fermanagh schools’ Shared Education initiative has been given the thumbs up from Stormont, with a total of £25m designated for the project throughout the North.

Last week, a joint announcement was made by First Minister Peter Robinson and deputy First Minister Martin McGuinness, confirming that Shared Education will now by funded by the government.

The funding comes partly from Stormont, but also from American philanthropist, Chuck Feeney, who is providing money through his Atlantic Philanthropies foundation. His grandfather came from Kinawley.

Lauri McCusker, Director of the Fermanagh Trust explained how the money will be spent in the county.

“Atlantic Philanthropies have been funding Shared Education since 2008, and the Government have now mainstreamed it.

“This will now be the norm in education policy. In part, this is down to seeing how successful it has worked in Fermanagh.

“Initially, this money will be geared towards existing partnerships, therefore Fermanagh will be well placed to source this funding as almost every school in the county has been involved in the Shared Education Programme.”

He continued: “Schools are working together in clusters and partnerships, learning from each other and enhancing education.

“They have developed new models together, such as sharing teachers and tutors, sharing resources, etc. This new money will help keep that development going. That is important not only in terms of developing community cohesions but also in terms of delivering better education.”

The Shared Education programme has been an integral part of education in Fermanagh since its launch in 2009, with the Fermanagh Trust administering it.

There was high praise for local schools for their pioneering work during a visit to Fermanagh last June by the Assembly’s Education Committee.

St Mary’s Primary School, Tempo and Tempo CPS have been involved in Shared Education for the past four years.

They run joint classes and have mixed classes and teachers. Last year, the funding was attained for a special needs teacher who works in both schools.

The principal of St Mary’s, Fergal McCann said the funding had ensured the two schools can build these relationships with each other to become ‘a learning community’ rather than two separate schools.

He added: “The community benefits have been very apparent to see. It is important that schools have their own identities as they are from two different cultural backgrounds, but where subject areas are similar, it makes sense to work together.”

He praised the ‘exemplary work’ of Fermanagh Trust and stated his hope that the extra funding will be put to good use in the county.

“Now, we will have the opportunity to continue to learn from and with each other.”