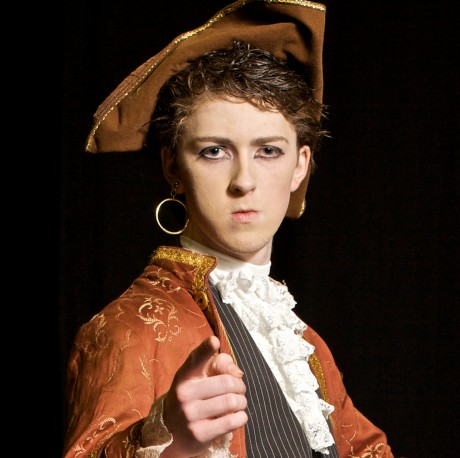 THE Enniskillen Amateur Dramatics Society are to perform ‘Pirates Do Shakespeare’ at this year’s Fermanagh Live festival.

Secretary Nick Young explained: “We are part of the Royal Shakespeare Company’s Open Stages Project in which they provide skills exchanges and training to amateur companies who undertake to produce a Shakespeare play between April 2014 and April 2015.

“There were only four companies in this project from Northern Ireland and the other three are in Belfast. EADS is very proud to be ‘bringing’ the RSC to Enniskillen in effect. The Belvoir Players have already performed Hamlet as their contribution to this project. Our production will be in the Ardhowen in February 2015.”

Nick explained that one of the aims of the project is to encourage people who wouldn’t normally think of themselves as part of a Shakespeare audience.

And, the full play they have chosen to perform will be revealed in a unique sketch to be debuted at Fermanagh Live.

“The sketch features an amateur dramatic society made up of 13 male and female pirates, resident in Port Royal, going about the process of choosing their next play,” Nick went on.

“The premise is that the Pirate Queen has demanded that the next play be by Shakespeare and that it be about pirates. The actors, who call themselves the Port Royal Amateur Thespian Society, have already identified six plays by Shakespeare in which pirates either appear or are mentioned, and they meet to perform a short extract from each of the six plays to help them decide which one would be best for them. They perform scenes from Hamlet, Measure for Measure, Antony and Cleopatra, Henry VI Part 2, Twelfth Night and Pericles. They reject them all for one reason or another, but then one of them suggests a seventh play, which is not about pirates as such but can be set in their home town of Port Royal. They go on to act out the first scene to understand the basis of the play.”

Nick added that ‘the style is quite different to what most people fear Shakespeare to be, and in-line with practice within the RSC’.

“It is seven plays within a play and only lasts 45 minutes. It’s a play about amateur dramatists, which are always funny, and, in this case, PIRATE amateur actors to make it even funnier, so this should be an appealing, amusing and light-hearted three-quarters of an hour.”